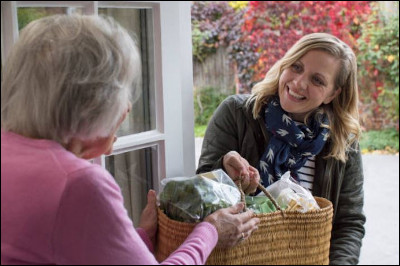 Style! Being in style is a topic of conversation in many avenues of life in our day and time. Subjects may range from the style of our hair or clothing to cars and cuisine. I’ve often heard style spoken of in terms of how a particular athlete or musician performs. Style is something we all take note of in one way or another. Now, what about our life-style?
One definition of the word “life-style” is “an internally consistent way of life or style of living that reflects the attitudes and values of an individual or a culture.” As born-again sons of God, we want our life-style, our consistent way of living, to reflect our love and dedication toward God and His Word. God’s Word is always in style, and our life-style can be one of loving service to God and His household as we build the Word and its examples of service into our lives.
In the Church Epistles, I enjoy reading the salutations, like the concluding one in Romans where the Apostle Paul, by revelation from God, lists names of disciples whose service and support helped him to advance God’s purposes in their area. I like to call these wonderful scriptures “salutations of service.” They show the heart of love and appreciation that God and His ministers have for faithful people like you and me doing great things to move God’s Word.
The Book of Romans closes with a listing of some of the disciples at Rome. In fact, Paul specifically names more than twenty-five disciples in Romans 16, expressing his thankfulness for their hearts of service. Let’s read about a few of them and the service they rendered to Paul and to the household of believers in the first century.
Romans 16:1-6,9:
I commend unto you Phebe our sister, which is a servant of the church which is at Cenchrea:
That ye receive her in the Lord, as becometh saints, and that ye assist her in whatsoever business she hath need of you: for she hath been a succourer of many, and of myself also.
Greet Priscilla and Aquila my helpers in Christ Jesus:
Who have for my life laid down their own necks: unto whom not only I give thanks, but also all the churches of the Gentiles.
Likewise greet the church that is in their house….
Greet Mary, who bestowed much labour on us.
Salute Urbane, our helper in Christ, and Stachys my beloved.
Verse 1 says that Phebe was a “sister” and a “servant of the church.” The word “servant” in the Greek carries the meaning of one who runs to serve. Phebe ran to serve the church at Cenchrea, which was a port city near Corinth. Phebe had business to handle which brought her to Rome, so Paul sent with her this wonderful “letter of recommendation” to the believers there. Verse 2 tells us that Phebe was a “succourer of many.” This word “succourer” means a curator or guardian, and according to Herbert Lockyer, it literally means “one who stands by in case of need.” Phebe was available, standing by to serve if a need arose for “many” in her area, including the Apostle Paul. What a wonderful description and example of a heart of service.
Verse 3 talks about a dynamic married couple, Priscilla and Aquila, who were Paul’s helpers. A “helper” is one who works together in conjunction with. Priscilla and Aquila worked together in conjunction with the Apostle Paul to move the greatness of God’s Word. The next verse says that they even “laid down their own necks” for Paul. What an awesome description of their commitment to God, to His Word, and to the Apostle Paul. They even hazarded their very lives to help him, and their lives impacted “all the churches of the Gentiles.”
Priscilla and Aquila coordinated a “church…in their house,” according to verse 5. That is a tremendous act of service. They opened their home and hearts to God’s people just as our household fellowship coordinators do today!
Verse 6 mentions another believer, Mary, who “bestowed much labour.” This means to be tired, spent with labor, or fatigued. It’s indicative of someone who gives their all in service.
These “salutations of service” include other wonderful believers in verses 7 and 8, and verse 9 talks about Urbane and Stachys. Paul called Urbane “our helper.” This is the same word “helper” that appears in reference to Priscilla and Aquila. Urbane worked together with Paul and others in Rome to make the greatness of God’s Word available. Paul’s love for the committed men and women of Rome shines through this entire section. Let’s look at verse 12:
Salute Tryphena and Tryphosa, who labour in the Lord. Salute the beloved Persis, which laboured much in the Lord.
Here we read about Tryphena and Tryphosa, “who labour in the Lord,” and Persis, who “laboured much in the Lord.” The phrase “in the Lord” is a testament to the richness of their fellowship first with God and then with the other disciples they labored with. The word “labour” is the same word used of Mary in verse 6. These believers had the energy of their conviction when it came to service in the Lord. They were vitally involved in helping Paul and others move the greatness of God’s Word in their day, time, and hour….

This is an excerpt from the September/October 2007 issue of The Way Magazine.
Copyright© 2007 by The Way International. All rights reserved.
For more information on subscribing to The Way Magazine, Click Here