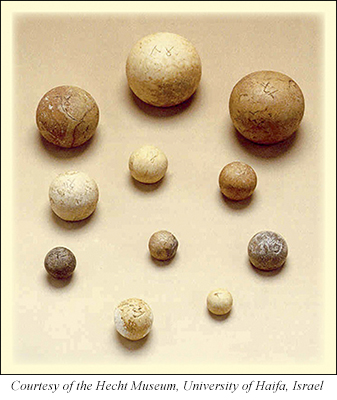 The Book of Proverbs is filled with concise and powerful statements of truth, words which are to rule and govern life. These proverbs handle many practical, ethical, and moral topics. In Proverbs 11 we see one example.
Proverbs 11:1:
A false balance is abomination to the Lord: but a just weight is his delight.
Because the Bible is an Eastern book, the meaning of this proverb would be very clear to people of the East. The Easterner could picture a “just weight” as well as a “false balance.” For those of us in the West, we can better understand this proverb, as well as some related truths, as we view them through “the light of an Eastern window”—through understanding Eastern manners and customs.
The merchants in the East would use weights and balances in selling their goods. An honest merchant used a just weight, but some merchants used trickery in their business dealings. In Volume II of Orientalisms of the Bible, Bishop K. C. Pillai explains:

Suppose a man wants to buy a pound of sugar—sixteen ounces make a pound. In the East there are stones of sixteen ounces and stones of eight ounces. The merchant will put eight ounces of stone on one side of the balance, and sugar on the other side, and call this a pound of sugar. But it is not a pound. It is only eight ounces. A false balance. That kind of rotten business goes on in the East in many cases. That’s why it is brought under the morals and ethics in the Book of Proverbs.

Three more verses in the Book of Proverbs will add to our understanding.
Proverbs 16:11:
A just weight and balance are the Lord’s: all the weights of the bag are his work.
Here “a just weight and balance” are mentioned. We now understand that putting a just weight on one side of the balance, or scale, and the desired item on the other side gives the right amount—a just weighing. What does the phrase “the weights of the bag” mean?
In the East, weights were selected from round, smooth stones that were found in the beds of dried-up rivers or streams. They were stored in a bag to protect them and also to transport them from place to place. Traveling merchants would carry these stones or weights in a bag or sack, and these businessmen would weigh out their product using their scale and the proper stones from their bag.
These stones were often inscribed with their weight and with the standard used, so the purchaser could check with “the weights current among the merchants” at a given place. We see this practice in Genesis 23, when Abraham purchased land from Ephron the Hittite to be the burial place for Abraham’s wife Sarah.
Genesis 23:16 [The Amplified Bible]:
So Abraham listened to what Ephron said and acted upon it. He weighed to Ephron the silver which he had named in the hearing of the Hittites: 400 shekels of silver, according to the weights current among the merchants.
This transaction was a just and honest one, which was pleasing to the Lord. On the other hand, Proverbs gives more warning about “divers weights” and a “false balance.”
Proverbs 20:10 and 23:
Divers weights, and divers measures, both of them are alike abomination to the Lord.
Divers weights are an abomination unto the Lord; and a false balance is not good.
Divers weights and measures are abominations, or as The Amplified Bible states, “exceedingly offensive and abhorrent to the Lord.” These powerful statements in Proverbs reinforce what God set forth so clearly in Leviticus 19:35 and 36, in Deuteronomy 25:13-16, and in other Old Testament verses. Let’s look at the scriptures in Deuteronomy.
Deuteronomy 25:13 and 14:
Thou shalt not have in thy bag divers weights, a great and a small.
Thou shalt not have in thine house divers measures, a great and a small.
The literal rendering of “divers weights” in the Hebrew is “a stone and a stone.” Dishonest merchants would have a lighter stone for selling—to give away less goods, and a heavier stone for buying—to get more goods. One is not to have two sets of weights in his bag, one for buying and one for selling, when weighing items of value for sale or for purchase. Deuteronomy continues with God’s instruction to His people.
Deuteronomy 25:15 and 16:
But thou shalt have a perfect and just weight, a perfect and just measure shalt thou have: that thy days may be lengthened in the land which the Lord thy God giveth thee.
For all that do such things, and all that do unrighteously, are an abomination unto the Lord thy God.
We have seen the literal use of weights and balances. Now let’s look at a few figurative mentions of these items. In the Book of Job, a set of balances is used as a vivid way of conveying Job’s grief after the loss of his family.
Job 6:1-3:
But Job answered and said,
Oh that my grief were throughly weighed, and my calamity laid in the balances together!
For now it would be heavier than the sand of the sea: therefore my words are swallowed up.
Job expressed his grief and calamity as being “heavier than the sand of the sea.” Of course, grief and calamity cannot literally be placed on scales and weighed. This figurative usage shows the extent of his sorrow. What a mind picture this presents to us!…

This is an excerpt from the July/August 2015 issue of The Way Magazine.
Copyright© 2015 by The Way International. All rights reserved.
For more information on subscribing to The Way Magazine, Click Here