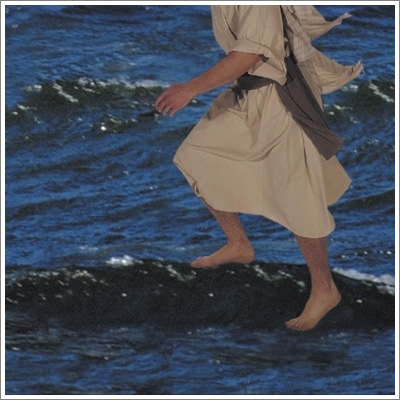 I was raised in a good home with good parents who gave me the best upbringing they knew to give. They taught me manners, and one lesson I continue to be thankful for is to avoid using certain four-letter words. One of those four-letter words was “can’t.” The person who says he can and the person who says he can’t are both correct. God has placed in our hands the ability to determine the results or consequences in our lives.
Believing is an immutable principle of life. “Immutable” means unchanging or unchangeable. This principle of believing is not susceptible to change; therefore, it is profitable for us to understand more about this truth. When it comes to God’s Word, I don’t want to say I can’t when God says I can.
In this article we will consider three points—first, what is believing; second, the two kinds of believing; and third, how we appropriate the promises of God in our lives.
Let’s look at Romans 4:17:
(As it is written, I have made thee a father of many nations,) before him whom he believed, even God, who quickeneth the dead, and calleth those things which be not as though they were.
This verse gives us a tremendous definition of believing. It’s to call “those things which be not as though they were.” In the Book of Genesis God told Abraham that he would be the father of many nations. Abraham got to the point of believing that promise when he was about one hundred years old and Sarah, his wife, was well past childbearing age. Let’s read on:
Verses 18 and 19:
Who against hope believed in hope, that he might become the father of many nations; according to that which was spoken, So shall thy seed be.
And being not weak in faith [believing], he considered not his own body now dead, when he was about an hundred years old, neither yet the deadness of Sara’s womb.
Abraham was not weak in believing. As a result of that promise that he would be the father of many nations, what did Abraham focus on? One child.
Verse 20:
He staggered not at the promise of God through unbelief; but was strong in faith [believing], giving glory to God.
Abraham was strong in believing that what God promised, God was able to carry out! Because God promised, it was up to Him to keep His promise, so Abraham also called those things that be not as though they were. All Abraham and Sarah had to do was believe God and become fully persuaded. This, however, didn’t happen the first day they heard the promise. In fact, Sarah laughed when she heard it. Yet they grew in their believing to the point they became fully persuaded, and when that happened, God could perform His promise as verse 21 records:
And being fully persuaded that, what he had promised, he was able also to perform.
Let’s look at Hebrews 11 to see more about what believing is.
Hebrews 11:1:
Now faith [believing] is the substance of things hoped for, the evidence of things not seen.
The literal translation according to Biblical usage of this verse reads, “Now believing is the title deed of things prayed for, the evidence they are yours before they are seen.” I own a car. I have a title that proves I own that car. Likewise, believing the Word is our title deed to the Word’s coming to pass. That’s what believing is—your title deed to the things prayed for, the evidence that they are yours before you receive them.
Verse 6:
But without faith [believing] it is impossible to please him [God]: for he that cometh to God must believe that he is, and that he is a rewarder of them that diligently seek him.
This is what we have to believe: that God is and that He is a rewarder of those who diligently seek Him. In other words, He is going to reward us for diligently seeking Him. How do we diligently seek God? Through His Word.
To believe takes action. If we say we believe, then we’re going to have to see some kind of results from it, because believing connotes action.
James 2:17:
Even so faith [believing], if it hath not works, is dead, being alone.
I can sit here and tell you all day about how much I believe, but that doesn’t mean anything if I’m not acting on my believing and producing results. For example, when we have the worship manifestations of speaking in tongues with interpretation and prophecy in a fellowship, everybody that manifests is a believer—they believe to manifest and bring forth something supernatural just for that fellowship. In other words, it doesn’t happen because they say they believe; it happens because they do it. Now how hard is it for a person who has been instructed to speak in tongues and interpret? Not hard at all. Believing in other categories is not hard either, but it requires action. When we believe, we’re going to see something from it….

This is an excerpt from the May/June 2003 issue of The Way Magazine.
Copyright© 2003 by The Way International. All rights reserved.
For more information on subscribing to The Way Magazine, Click Here