Home » Articles » Workmen of the Word » Biblical Truths We Must Adhere To:
Difficult Verse Must Be Understood in Light of the Clear Verses 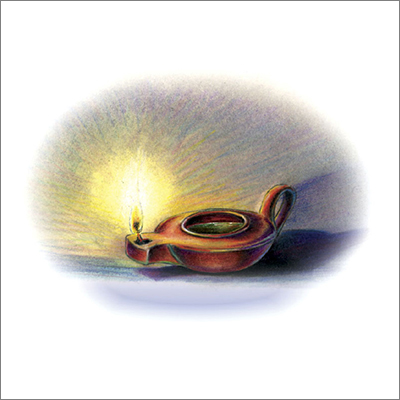 One of the Biblical truths we must adhere to as workmen of the Word is to understand a difficult verse in light of the clear verses on the same subject. One scripture alone may be apparently difficult to comprehend, but it doesn’t need to remain that way when clearly and readily understood verses can help clarify the subject. As sincere Biblical students, we desire to clearly understand the Scriptures, at times even a single seemingly difficult verse. We can rightly divide the Word of God and get to the true meaning of a difficult verse by studying the clear verses relating to a particular subject.
When we have trouble understanding one verse, we look to the accuracy and solidity of the clear verses relating to the same subject. Looking at an example of how to apply this key will build our appreciation of it. One section of scripture that may appear difficult is Matthew 17:1-3:
And after six days Jesus taketh Peter, James, and John his brother, and bringeth them up into an high mountain apart,
And was transfigured before them: and his face did shine as the sun, and his raiment was white as the light.
And, behold, there appeared unto them Moses and Elias [the Prophet Elijah] talking with him.
This section of the Word is referring to two well-known men of the Old Testament being seen as if they were alive long after they had died. A cursory reading of verse 3 in this section might lead us to think that Moses and Elijah were indeed alive and well, even conversing with Jesus Christ. The words “appeared” and “talking” seem to indicate these men were alive long after their deaths.
But is that what the Bible teaches about life after death? In order to accurately answer that question, we must examine the clear verses that enable us to understand this subject. Many other verses on the subject of death are clear in their meaning, and they help eliminate all the guesswork that we could otherwise fall prey to.
Psalms 146:2:
While I live will I praise the Lord: I will sing praises unto my God while I have any being.
Verse 4 explains what happens when a person dies:
His breath goeth forth, he returneth to his earth; in that very day his thoughts perish.
These verses are clear to our understanding. They simply and directly inform us that we can praise God while we are alive because we have thought life; the dead have no thoughts. When their breath goes forth, their thoughts perish. Verse 4 very clearly and simply describes the condition of death. The dead are in gravedom—not a place where a body is buried but a continuing state where there is no consciousness. This truth is supported by other scriptures.
Ecclesiastes 9:5 and 6:
For the living know that they shall die: but the dead know not any thing, neither have they any more a reward; for the memory of them is forgotten.
Also their love, and their hatred, and their envy, is now perished; neither have they any more a portion for ever in any thing that is done under the sun.
Those no longer alive are not involved in the activities and goings-on here on earth. They do not have any memory of life, nor do they interact with the living.
Verse 10:
Whatsoever thy hand findeth to do, do it with thy might; for there is no work, nor device, nor knowledge, nor wisdom, in the grave, whither thou goest.
Well, that’s pretty clear and straightforward. These truths certainly don’t parallel what could seem to have occurred in Matthew 17 when Moses and Elijah were apparently talking with Jesus Christ.
Isaiah 38:18:
For the grave cannot praise thee, death can not celebrate thee: they that go down into the pit cannot hope for thy truth.
Psalms 115:17:
The dead praise not the Lord, neither any that go down into silence.
These verses clearly support the truths we saw in Psalm 146: we can only praise God when we’re alive, and the very day a person dies, his thoughts perish. The teaching of God’s Word certainly is that the dead are not alive and not able to praise the Lord nor interact with the living.
Having looked at these clear verses on the subject, we can now study the difficult verse in light of these. For Moses and Elijah to be alive in the Gospel time would contradict many other scriptures. There must be more to this single occurrence in Matthew 17:3 than what appears from a cursory reading. How could Moses and Elijah appear alive many years after they had died? What is the explanation of their presence in Matthew 17? The key lies in the word “appeared.”
Matthew 17:3:
And, behold, there appeared unto them Moses and Elias talking with him.
In the Greek text from which the King James Version is translated, this word “appeared” is optomai, meaning “envisioning” or “seeing objectively.” They saw this phenomenon in their minds. Ordinarily, the word blepō, meaning “using the eyes to look at,” would be used. In addition, verse 9 tells us that this phenomenon was a “vision.”
Matthew 17:9:
And as they came down from the mountain, Jesus charged them, saying, Tell the vision to no man, until the Son of man be risen again from the dead.
Moses and Elijah were not seen physically by the eyes of Jesus and his companions, but rather, the appearance of these men was a vision given to Jesus, Peter, James, and John. God communicated to them by revelation—a picture of Moses and Elijah in this instance. It wasn’t the real Moses and Elijah standing there alive, nor was it an apparition or a phantom of the two men. Records of the deaths of Moses and Elijah are well documented in the Old Testament, in the Book of Joshua and in II Kings. They died then and have remained dead….

This is an excerpt from the March/April 2007 issue of The Way Magazine.
Copyright© 2007 by The Way International. All rights reserved.
For more information on subscribing to The Way Magazine, Click Here