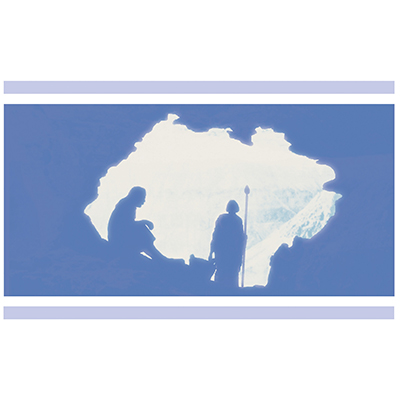 Caves are numerous in the Bible lands. They were used in ages past as dwellings, hiding places, and burial places. Modern-day excavations have proved that cave dwellers existed south of Beersheba several hundred years before Christ. They would often take their primitive tools and make the natural caves larger and more comfortable for the family.
Young’s concordance lists thirty-eight places where the English word “cave(s)” occurs in the Scriptures. In the following records we will see the many ways caves were used in the East.
Lot and his two daughters used a cave as a refuge.
Genesis 19:30:
And Lot went up out of Zoar, and dwelt in the mountain, and his two daughters with him; for he feared to dwell in Zoar: and he dwelt in a cave, he and his two daughters.
David used the caves as a dwelling place and also as a refuge for his men and himself. Saul was chasing David, so David had to find a place to hide his army of men.
I Samuel 22:1 and 2:
David therefore departed thence, and escaped to the cave Adullam: and when his brethren and all his father’s house heard it, they went down thither to him.
And every one that was in distress, and every one that was in debt, and every one that was discontented, gathered themselves unto him; and he became a captain over them: and there were with him about four hundred men.
This had to be a very large cave, or cavern, to hold about four hundred men. The cave of Adullam could have been a natural cave or one that had been enlarged.
Many times the people of Israel used caves for refuge from animals, weather, and enemies. This was usually for only a short period of time. King Saul was looking for a place to hide for a few minutes to relieve himself. He found a cave in the strongholds at Engedi.
I Samuel 24:3:
And he came to the sheepcotes by the way, where was a cave; and Saul went in to cover his feet [relieve himself]: and David and his men remained in the sides of the cave.
Saul did not realize how near David and his men were. David would not touch Saul, because in his eyes Saul was still “the Lord’s anointed.” For David, this cave was his temporary dwelling place.
I Samuel 23:29:
And David…dwelt in strong holds at En-gedi.
In another record, when Jezebel started to hunt down the “prophets of the Lord,” the caves became very important for saving the lives of many of them. Obadiah hid the prophets by fifty in a cave.
I Kings 18:3 and 4 [Lamsa translation]:
…(Now Obadiah revered the Lord greatly;
For when Jezebel slew the prophets of God, Obadiah took a hundred prophets, and hid them by fifty in a cave, and fed them with bread and water.)
It was a common practice to make use of the caves, but this was the last place anyone would think to look for the prophets since so many were involved. Obadiah hid the prophets in a place where Jezebel and her men could not find them. God was their refuge and protected them from harm.
Caves were used extensively for burials. These caves were called tombs for the burial of the dead. They were considered places of reverence, peace, and quietness. Abraham buried Sarah in a cave he bought “of the field of Machpelah.”
Genesis 23:19 and 20:
And after this, Abraham buried Sarah his wife in the cave of the field of Machpelah before Mamre: the same is Hebron in the land of Canaan.
And the field, and the cave that is therein, were made sure unto Abraham for a possession of a buryingplace by the sons of Heth.
Abraham was later buried in the same cave, as well as Isaac and Rebekah, and Jacob and Leah.
Lazarus, Jesus’ friend, died and was laid in a cave.
John 11:38,39,43,44:
Jesus therefore again groaning in himself cometh to the grave. It was a cave, and a stone lay upon it.
Jesus said, Take ye away the stone….
And when he thus had spoken, he cried with a loud voice, Lazarus, come forth.
And he that was dead came forth….
Jesus spent three days and three nights in a “cave.” Joseph of Arimathea had this “cave” hewn out of the rock so that it might be the burying place, or tomb, for Jesus.
Matthew 27:59 and 60 [The Amplified Bible]:
And Joseph took the body and rolled it up in a clean linen cloth used for swathing dead bodies
And laid it in his own fresh (undefiled) tomb, which he had hewn in the rock; and he rolled a big boulder over the door of the tomb and went away.
The tomb of Jesus Christ was in a garden. The Eastern people often went to gardens to sit and talk. Gardens were like parks, because of the trees and flowers. They were generally peaceful, restful places.
The Bible shows that caves in the East provided physical shelter, protection, and refuge in many ways. The Book of Psalms also records that God is our refuge and strength in the needs of life that arise.
Psalms 46:1:
God is our refuge and strength, a very present help in trouble.
His Word means what it says and says what it means. His Word is true and will always prevail in our lives as we believe.

This is a reprint from the November/December 2003 issue of The Way Magazine.
Copyright© 2003 by The Way International. All rights reserved.
For more information on subscribing to The Way Magazine, Click Here