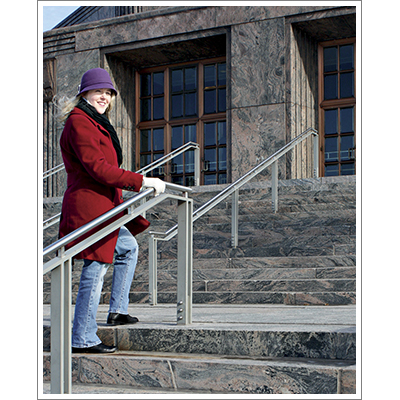 When I was sixteen years old, I was diagnosed with a disease that was and remains incurable according to the medical profession—a neurological, genetic disorder that affected my feet and legs, causing problems with walking and balance. For several years I had noticed a very gradual change in my ability to run, jump, play sports, and enjoy the typical activities of a teenager. I was a cheerleader and played on the tennis team, yet I sensed that my body was simply not doing what it was supposed to be doing, which frightened me.
No teenager wants to stand out too much for anything out of the ordinary, so I maintained my cheerful disposition and kept my concerns to myself. My parents took me to physicians in several cities in my home state of North Carolina to figure out the cause, one of whom said, “You can probably expect to be in a wheelchair in ten years.” Having been raised in the Word, I simply rejected this statement and refused to quit, believing wholeheartedly that my heavenly Father would provide a solution for me.
However, my problem continued to advance while I was in college, so my parents took me to a major children’s hospital in Delaware to speak with a physician who literally “wrote the book” on the disorder. He confirmed my problem and wrote a prescription for leg braces that could only help the advancing symptoms, and he said the use of my hands and arms would ultimately deteriorate as well. On the drive back to North Carolina, my parents spoke the Word to me and to each other, reminding us all that God’s deliverance is available and not to allow fear to dominate. Despite the medical prognosis, our heavenly Father is willing and able to deliver in all categories.
Still, I was devastated and embarrassed about the braces. “What kind of shoes am I supposed to wear with these things? What am I going to do when I need to wear a dress or shorts? No matter what, I’m not letting anyone see that I have these.” Swallowing my pride, I figured out how to make it work, although shoe shopping was an activity I avoided at all costs. As for dresses, I simply didn’t wear them, even to my college graduation.
A few months after graduation, I attended the advanced class on The Way of Abundance and Power and learned in-depth truths about the manifestation of gifts of healings. After learning so many thrilling records of deliverance, I set a new believing image of victory of myself wearing a red dress and high heels. I also talked to God a lot during those two weeks: “Father, I know my challenge is not Your will. And I’m going to keep trusting You and serving You as best as I can.”
After serving as a Way Disciple in 1996, I decided that I wanted to get rid of those braces once and for all. I believed the more than abundant life God had in mind for His kids did not include plastic braces in the sweltering Florida humidity. Besides, I wanted to walk normally and enter The Way Corps. So I pursued help from an orthopedic surgeon who, over the course of eighteen months, performed three major foot surgeries.
Since I worked at a hospital and was familiar with how to navigate the medical field, I was confident that I was making the right choices. Disciples in my household fellowship and in two Branches believed with me for complete healing. Even the wife of my Region coordinator came with me to every appointment. After three rounds of wheelchairs, crutches, casts, and physical therapy, I was able to walk independently. I praised God and rejoiced with my family, my friends, and the ministry household.
Yet within a few years I could tell I was losing my balance again and recognized that familiar unease in walking. So, I had to return to wearing braces. I felt defeated and frustrated, but the verse that comforted my soul was I Corinthians 10:13:
There hath no temptation taken you but such as is common to man: but God is faithful, who will not suffer [allow] you to be tempted above that ye are able; but will with the temptation also make a way to escape, that ye may be able to bear it.
Again, I refused to give up and thought, “There’s going to be a way. This is temporary, and God will show me.” Despite my challenges, I completed the in-residence Way Corps training without many limitations. I did practically everything everyone else did, including LEAD—an outdoor training program that included backpacking, camping, and rock climbing. I also split wood, climbed a 14,000-foot mountain, and did lots of walking. I was taught that I could bring my body into subjection to my mind and my mind into subjection to my spirit, so that’s what I did. How could I fail?…

This is an excerpt from the January/February 2011 issue of The Way Magazine.
Copyright© 2011 by The Way International. All rights reserved.
For more information on subscribing to The Way Magazine, Click Here