Home » Articles » What Does the Word Say? » Do horoscopes have a basis in God’s Word? 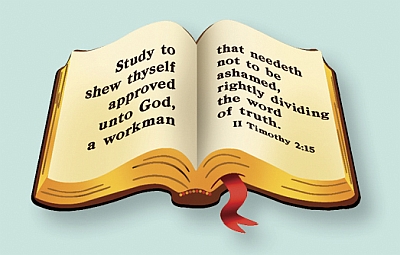 Since horoscopes have to do with the stars, which the Bible says were created by God, do horoscopes then have a basis in God’s Word? This is an interesting question and worth looking into. But if we were to go to a concordance of the King James Version of the Bible and look up the word “horoscope,” we would not find that term listed. So we’d have to do more searching. An English dictionary could provide some related terms. The Eleventh Edition of Merriam-Webster’s Collegiate Dictionary defines “horoscope” as “a diagram of the relative positions of planets and signs of the zodiac at a specific time (as at one’s birth) for use by astrologers in inferring individual character and personality traits and in foretelling events of a person’s life….”
From this definition we see that horoscopes are used by those who practice astrology. The same dictionary defines “astrology” as “…the divination of the supposed influences of the stars and planets on human affairs and terrestrial events by their positions and aspects.”
These definitions provide two other words we can look up in the concordance: “astrologers” and “divination.” Now we have something to work with to answer the question, Do horoscopes have a basis in God’s Word? Let’s go to God’s Word and see, What does the Word say?
When we look up occurrences of “divination” and “astrologer(s)” in a concordance of the Bible, it leads us to scriptures that show us these practices are not God’s will for His people. One occurrence of “divination” is found in Deuteronomy. The context of this scripture is Moses’ preparing the children of Israel to enter into the Promised Land. By revelation from God, Moses warned them to not become involved with the idolatrous practices of those who occupied the land.
Deuteronomy 18:9-11,14:
When thou art come into the land which the Lord thy God giveth thee, thou shalt not learn to do after the abominations of those nations.
There shall not be found among you any one that maketh his son or his daughter to pass through the fire, or that useth divination, or an observer of times, or an enchanter, or a witch,
Or a charmer, or a consulter with familiar spirits, or a wizard, or a necromancer.
For these nations, which thou shalt possess, hearkened unto observers of times, and unto diviners: but as for thee, the Lord thy God hath not suffered [permitted] thee so to do.
Look at the company of those who practice divination (foretelling the future)—God lists them along with witches, wizards, and necromancers! These are clearly not people who worship God.
Let’s look at a use of the word “astrologers” in Isaiah. The Prophet Isaiah warned of the futility of this pagan practice.
Isaiah 47:13 and 14:
Thou art wearied in the multitude of thy counsels. Let now the astrologers, the stargazers, the monthly prognosticators, stand up, and save thee from these things that shall come upon thee.
Behold, they shall be as stubble; the fire shall burn them; they shall not deliver themselves from the power of the flame: there shall not be a coal to warm at, nor fire to sit before it.
God’s Word clearly states that He does not want His people to practice astrology or divination by the stars or by any other means. Then why did He make the planets and the stars? If they are not to be used for giving information about human behavior or for predicting the future, then what are they for?
At the very opening of God’s Word, God declares that the lights in the heavens are for days and years and seasons, or periods of time.
Genesis 1:14:
And God said, Let there be lights in the firmament of the heaven[s] to divide the day from the night; and let them be for signs, and for seasons, and for days, and years.
The lights in the firmament of the heavens are also signs of important things to come. Among those lights in the heavens are the stars, which God Himself named.
Psalms 147:4:
He telleth the number of the stars; he calleth them all by their names.
The names of these stars, as well as their groupings, reveal important things to come—aspects of God’s plan of redemption.
Psalms 19:1 and 2:
The heavens declare the glory of God; and the firmament sheweth his handywork.
Day unto day uttereth speech, and night unto night sheweth knowledge.
The stars in the heavens tell of God’s glory, and each night they show knowledge. Accurately understood, the names of the stars depict the coming of the one who is the Christ. This true understanding of the names of the stars as they depict Christ’s coming is known as Biblical astronomy. By way of the stars, God’s blueprint for mankind was known long before it was put into writing. However, nowhere does God’s Word tell us that we are to look to the stars for information regarding human behavior or our unforeseeable future….

This is an excerpt from the May/June 2012 issue of The Way Magazine.
Copyright© 2012 by The Way International. All rights reserved.
For more information on subscribing to The Way Magazine, Click Here