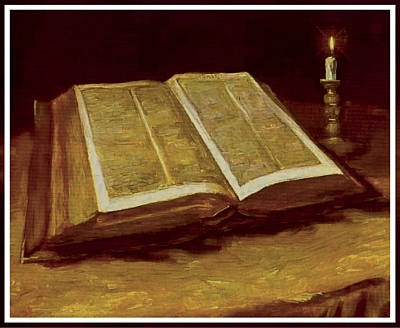 There is much more to God than what He reveals to us about Himself in His Word. Romans 11:33 tells us that His ways are “past finding out!” Anything that God reveals to us about Himself is certainly a privilege beyond what we can fully describe. What a blessing this series on Titles of God in the Bible is as we see God’s abundant goodness to us, His believing people.
Our series has shown that God refers to Himself as El being omnipotent, as Elohim being the Creator, and as El Shaddai Who overcomes every obstacle. Most recently, we have focused specifically on the titles of God used in combination with Jehovah. The Hebrew name Jehovah shows God’s relationship with those He created. We have explored God’s relationship with us in how He sees and provides, heals, protects, brings peace, shepherds, provides righteousness, is everywhere present, sets us apart, and how He brings to bear His vast resources in our behalf as the Lord of hosts.
In this article we will look at the title Jehovah-elyon. The Hebrew word elyon means “highest” or “most high.” As the Lord Most High, Jehovah-elyon is truly able and willing to bless His people abundantly.
Used as a title in combination with Jehovah, the word elyon occurs three times in the Bible. In these three occurrences, we will see that Jehovah-elyon is certainly the Lord Most High. The first of these is in Psalms 7:17:
I will praise the Lord [Jehovah] according to his righteousness: and will sing praise to the name of the Lord most high [Jehovah-elyon].
The psalmist said that he will sing praise to the name of the Lord Most High, Jehovah-elyon. To sing praise in this verse means to sing psalms in honor of God. There are all kinds of songs in the world that give honor and respect to all kinds of things. Here, the psalmist chose to sing praise to the Lord Most High. We can choose to do the same. The next two occurrences of Jehovah-elyon shed light as to why we sing praises in honor of the Lord Most High.
Psalms 47:2:
For the Lord most high [Jehovah-elyon] is terrible [reverenced]; he is a great King over all the earth.
Here we see that the Lord Most High, Jehovah-elyon, is a great King over all the earth. Psalm 47 refers to when Hezekiah was king over Judah. It was a time when Judah was under siege by Sennacherib, king of Assyria. In Isaiah 36:4, Rabshakeh, Sennacherib’s political officer, referred to the king of Assyria as the great king. This is in contrast to Psalms 47:2 where the Lord Most High, Jehovah-elyon, is referred to as a great King over all the earth. Isaiah 37 shows us how the great King over all the earth helped His people in this situation.
Isaiah 37:33-35,37:
Therefore thus saith the Lord [Jehovah] concerning the king of Assyria, He shall not come into this city, nor shoot an arrow there, nor come before it with shields, nor cast a bank against it.
By the way that he came, by the same shall he return, and shall not come into this city, saith the Lord [Jehovah].
For I will defend this city to save it for mine own sake, and for my servant David’s sake.
So Sennacherib king of Assyria departed, and went and returned, and dwelt at Nineveh.
As the great King over all the earth, Jehovah-elyon absolutely had the authority, willingness, and ability to bless His people abundantly in this situation! The Lord Most High is not only a great King over all the earth, but He is also exalted far above all gods.
Psalms 97:9:
For thou, Lord, art high [Jehovah-elyon] above all the earth: thou art exalted far above all gods.
In the King James Version, the first occurrence of the word “art” in this verse is in italics, indicating that it has been supplied by the translators. This verse could be translated, “For thou, Lord Most High, above all the earth: thou art exalted far above all gods.”
Jehovah-elyon is exalted far above all gods. II Corinthians 4:4 tells us that the Devil is “the god of this world.” As the god of this world, the adversary runs the kingdoms of the world, but he does not own the earth. Psalms 24:1 tells us that “The earth is the Lord’s, and the fulness thereof….” Even though the Devil does not own the earth, he does run the kingdoms that control the world.
Jehovah-elyon is said to be “above all the earth.” Our heavenly Father is exalted far above all gods. Because the Lord Most High is exalted far above all gods, He was able to seat us as His sons in our exalted position in Christ Jesus, “far above” the adversary. Ephesians tells us about our exalted position in Christ Jesus.
Ephesians 1:19-21; 2:6:
And what is the exceeding greatness of his [God’s] power to us-ward who believe, according to the working of his mighty power,
Which he wrought in Christ, when he raised him from the dead, and set him at his own right hand in the heavenly places,
Far above all principality, and power, and might, and dominion, and every name that is named, not only in this world, but also in that which is to come.
And hath raised us up together, and made us sit together in heavenly places in Christ Jesus….

This is an excerpt from the January/February 2015 issue of The Way Magazine.
Copyright© 2015 by The Way International. All rights reserved.
For more information on subscribing to The Way Magazine, Click Here