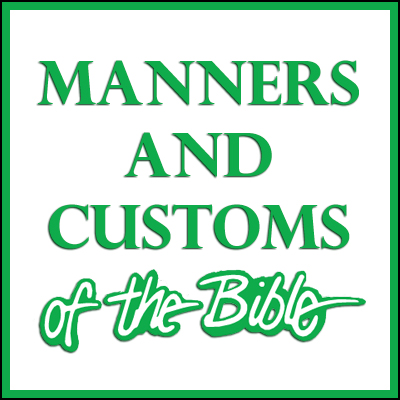 According to Eastern customs, when a son was given his heirship at the time of his father’s death, he was called to his father’s bedside and was presented with a robe, the robe of heirship. However, in Light through an Eastern Window, Bishop K. C. Pillai explained that sometimes the father designated his heir before the hour of his death.
When Israel (Jacob) decided to prepare for his eventual death, he gave Joseph a robe, or coat, of heirship. Israel gave this robe sooner than the time of his death to indicate to the family that Joseph was to be the heir.
Genesis 37:3 and 4:
Now Israel [Jacob] loved Joseph more than all his children, because he was the son of his old age: and he made him a coat of many colours.
And when his brethren saw that their father loved him more than all his brethren, they hated him, and could not speak peaceably unto him.
The King James Version states that Jacob “made him [Joseph] a coat of many colours.” However, in Hebrew there is no word for the abstract idea of color. The words we find translated as “colour” in the Old Testament have other basic meanings. For example, The Zondervan Pictorial Encyclopedia of the Bible tells us that the phrase “coat of many colours” indicates “not so much color as the form and type of garment, namely a sleeved garment frequently associated with officials.”
The New Scofield Reference Bible also gives us some information about the heirship robe and the word “colours” in Genesis 37:3. This quote is from the center margin: “A long-sleeved robe, a mark of special honor; many colors is taken from the LXX [the Septuagint, the Greek Old Testament] and Vulgate [Latin] translations.”
The robe of heirship has been described several ways in a number of sources. A footnote in the American Standard Version refers to the coat as “a long garment with sleeves.” The Revised Standard Version uses “a long robe with sleeves.” The Amplified Bible describes the coat as “a [distinctive] long tunic with sleeves.”
Bishop K. C. Pillai taught that the coat given to Joseph was white with long sleeves. He explained that Joseph’s brothers were not jealous because it was a better-looking coat, but because it was a sign of Jacob designating Joseph to be the heir even though he was not technically the firstborn.
Because of the jealousy of his brothers, Joseph was sold into slavery. But the Lord was with him, and eventually he was elevated to the position of steward over all the land in Egypt. He was surpassed in power and authority only by the Pharaoh himself (Genesis 41:40-43).
When Jacob found that Joseph was alive in Egypt, he wanted to go and see him before he died. God, knowing Jacob’s desire, came to him in a vision and assured him not only of a safe trip to Egypt, but also that He would make of him a great nation. God also brought comfort to Jacob by telling him that Joseph would perform the heirship custom of closing his eyes after death.
Genesis 46:2-4:
And God spake unto Israel [Jacob] in the visions of the night, and said, Jacob, Jacob. And he said, Here am I.
And he said, I am God, the God of thy father: fear not to go down into Egypt; for I will there make of thee a great nation:
I will go down with thee into Egypt; and I will also surely bring thee up again: and Joseph shall put his hand upon thine eyes.
The New International Version says that “Joseph’s own hand will close your eyes.” The closing of the eyes was a very beautiful custom in connection with the heirship ceremony at the deathbed. After the father died, the heir (Joseph in this case) performed the loving service of closing the eyes of his dead father.
In our administration we are heirs of God through Christ. Rather than giving us a robe, our Father has given us His spirit to indicate we are His heirs.
Galatians 4:6 and 7:
And because ye are sons, God hath sent forth the Spirit [spirit] of his Son into your hearts, crying, Abba, Father.
Wherefore thou art no more a servant, but a son; and if a son, then an heir of God through Christ.
The loving service we perform for our heavenly Father is to present our bodies a living sacrifice.
Romans 12:1 and 2:
…that ye present your bodies a living sacrifice, holy, acceptable unto God, which is your reasonable service.
And be not conformed to this world: but be ye transformed by the renewing of your mind….
By the renewing of our minds, we can enjoy the benefits of being heirs of God.

This is an excerpt from the November/December 2007 issue of The Way Magazine.
Copyright© 2007 by The Way International. All rights reserved.
For more information on subscribing to The Way Magazine, Click Here