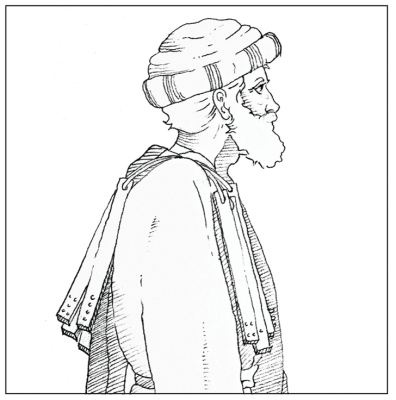 When we read God’s Word, we do not often see the words “locks” and “keys” because these terms are mentioned just a few times each. But some people did have locks and keys in Bible times. These locks and keys were generally much larger and simpler than ours are today. Manners and customs can help us understand their significance in the Scripture.
Nelson’s Illustrated Bible Dictionary gives some good, basic information about locks and keys. A simple latch-type lock was a wooden bolt that slipped into the slot in the doorpost. A key was the tool that released the bolt, or lock.
The key is also spoken of figuratively, or symbolically, in the Bible as a sign of authority. The Prophet Isaiah talked about the “key of the house of David.”
Isaiah 22:22:
And the key of the house of David will I lay upon his shoulder; so he shall open, and none shall shut; and he shall shut, and none shall open.
The key in Isaiah is a symbol of authority and power. Also it represents true knowledge and trustworthiness.
In Old Testament Light, George M. Lamsa wrote, “In Aramaic we often say, ‘He has the key to the situation,’ which means he has found a solution to a certain problem. ‘Key’ is also used as a symbol of authority and power. ‘He has the key,’ means he can declare certain things to be lawful and others unlawful; that is, to bind or to loose, or to prohibit or to permit, or to forgive.”
The custom of carrying large keys on the shoulder seems to be an ancient one. Treasurers and other city officials carried these huge keys as a symbol of high office. They often had a bunch of keys on the shoulder, half hung down the front and half hung down the back. The chief steward of a rich home carried the keys of the household on his shoulders.
The handle of a key was made either of brass, silver, or wood and was often very elaborately carved. They were usually large keys. Ordinary wooden keys were from six inches to two feet in length. It was much easier to carry a number of keys this size on the shoulder.
In the Book of Judges we have a description of how the locks and keys were used in the parlor of the king of Moab, the enemy of the Israelites. The king had just been killed by the deliverer Ehud.
Judges 3:23-25:
Then Ehud went forth through the porch, and shut the doors of the parlour upon him [the king], and locked them.
When he was gone out, his [the king’s] servants came; and when they saw that, behold, the doors of the parlour were locked, they said, Surely he [the king] covereth his feet in his summer chamber.
And they tarried till they were ashamed: and, behold, he opened not the doors of the parlour; therefore they took a key, and opened them: and, behold, their lord was fallen down dead on the earth.
This scripture in Judges shows keys being used to lock doors. In this record, more than one key was used. Ehud used one key to lock the king’s parlor. It paid to have two keys alike so that the servants could check on the man they were especially responsible to watch over.
The Song of Solomon gives us an example of using the “hole of the door” to open a lock. The man who owned the house made a special lock and key. No false key would fit the lock. The lock was found on the inside of the door. The only way the owner could unlock the door from the outside was by way of a round hole that had been cut in the door. He could put his arm through the hole and insert the key, or the door could be opened by his beloved from the inside.
Song of Solomon 5:4 and 5:
My beloved put in his hand by the hole of the door….
I rose up to open to my beloved; and my hands dropped with myrrh, and my fingers with sweet smelling myrrh, upon the handles of the lock.
The lady “rose up” to open the door. She put her hands “upon the handles of the lock.” This is the way she opened the door for her “beloved.”
Jesus Christ used a “key” figuratively when he was teaching. In one instance, he told Peter that he would give him “the keys of the kingdom of heaven.”
Matthew 16:19:
And I will give unto thee the keys of the kingdom of heaven….
At another time, Jesus Christ confronted the lawyers, the teachers of the law, for taking away “the key of knowledge.”
Luke 11:52:
Woe unto you, lawyers! for ye have taken away the key of knowledge: ye entered not in yourselves, and them that were entering in ye hindered.
We can find other examples in the Word of God. With a little research, you will find more on your own. Then, when you read the Scripture, you will be more aware of locks, bolts, keys, and doors.

This is a reprint from the July/August 2011 issue of The Way Magazine.
Copyright© 2011 by The Way International. All rights reserved.
For more information on subscribing to The Way Magazine, Click Here