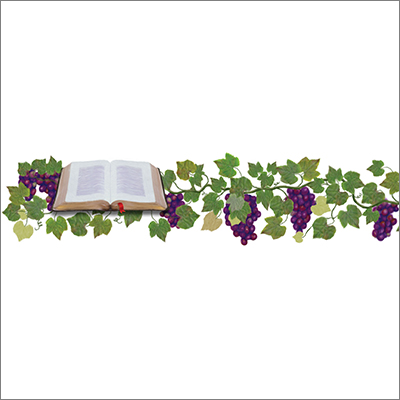 At one time in my life I didn’t know it was God’s will for His people to live long, healthy, and prosperous lives. I thought everything that happened to me was God’s will. I believed that God was responsible for both the positive and the negative things I experienced, as well as for everything else I saw taking place in the world. It was not until I began attending home fellowships with The Way Ministry and heard the statement “The Word of God is the will of God” that my thinking began to change.
That simple statement had a profound impact in my life. I was thrilled to learn that God gave us His Word so that we could know with great certainty what His will is for our lives. Also, learning that God wants only the very best for us was deeply comforting and reassuring.
We need to know and understand what our heavenly Father wants for us, because knowing what is available is the first step to receiving the benefits and blessings He wants us to enjoy. I now know that God’s will is for His people to live long, healthy, and prosperous lives. This is what the Bible clearly teaches.

God’s will for long life
In the time period we live in now, known as the Grace Administration, the scriptures addressed to us show that it is God’s will for His people to live long lives.
Ephesians 6:1-3:
Children, obey your parents in the Lord: for this is right.
Honour thy father and mother; (which is the first commandment with promise;)
That it may be well with thee, and thou mayest live long on the earth.
God’s Word directs children to obey and honor their believing parents. In this context God chose to let young believers know that long life is something He desires for them. It is certainly wonderful that children can begin anticipating the promise of long life from the earliest stages of their understanding. It is equally wonderful too that as parents raise their children in the nurture and admonition of the Lord, they can anticipate long life for their children, based on the authority of God’s Word.
The Old Testament was written for our learning (Romans 15:4) and has many records showing God’s desire for His people to live long lives. Genesis 5 records how long the very first man lived.
Genesis 5:5:
And all the days that Adam lived were nine hundred and thirty years: and he died.
Men living during the first ten generations of man (from Adam to Noah) lived very long lives. The average life span of the believing men mentioned in the first ten generations of man was 857.5 years. One reason these men could live such long lives was that their bloodstreams were very pure.
During the second ten generations of man (from Shem to Abraham), men did not live as long as the first. The average life span of believing men who lived during the second ten generations of man was 317.1 years. Further contaminated by sin and other factors, the human race had become genetically weaker, and people died at earlier ages.
Even as the average life span of man became shorter, God’s Word shows that God’s desire was for His people to live to “a good old age,” indicated again by the life of Abraham.
Genesis 25:7 and 8:
And these are the days of the years of Abraham’s life which he lived, an hundred threescore and fifteen [175] years.
Then Abraham gave up the ghost, and died in a good old age, an old man, and full of years; and was gathered to his people.
Isaac, Abraham’s son, also lived a full life.
Genesis 35:28 and 29:
And the days of Isaac were an hundred and fourscore [180] years.
And Isaac gave up the ghost, and died, and was gathered unto his people, being old and full of days: and his sons Esau and Jacob buried him.
Moses lived to the age of 120 years.
Deuteronomy 34:7:
And Moses was an hundred and twenty years old when he died: his eye was not dim, nor his natural force abated.
Abraham, Isaac, and Moses, along with so many other faithful men and women whose lives are recorded in God’s Word, lived faithfully obeying the standards God established, which contributed to their long lives. Obedience to God’s standards is an important part of claiming the blessings He has made available. We saw in Ephesians 6 that obedience is part of God’s instruction to children living in the Grace Administration. Obedience was also an important principle for Old Testament believers.
Deuteronomy 4:39 and 40:
Know therefore this day, and consider it in thine heart, that the Lord he is God in heaven above, and upon the earth beneath: there is none else.
Thou shalt keep therefore his statutes, and his commandments, which I command thee this day, that it may go well with thee, and with thy children after thee, and that thou mayest prolong thy days upon the earth, which the Lord thy God giveth thee, for ever.
God’s will is for His people to “prolong thy days upon the earth.” He wants things to go well with us, as His Word declares….


This is an excerpt from the September/October 2005 issue of The Way Magazine.
Copyright© 2005 by The Way International. All rights reserved.
For more information on subscribing to The Way Magazine, Click Here