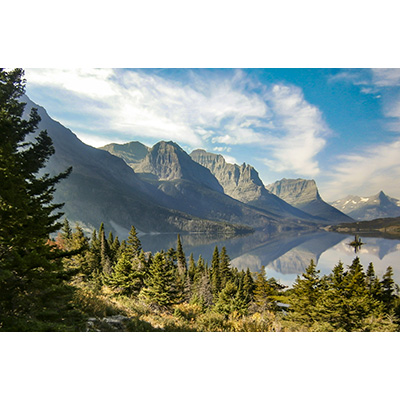 Throughout history there have been standards defining the rights of citizens. The Magna Carta and the United States Bill of Rights are both great written standards of citizenship. Yet as great as these documents are, there is no greater standard anywhere than the standard of truth, which is God’s wonderful, matchless Word. When we read God’s Word, we too learn about our citizenship—we are citizens of heaven—and the Word gives us the written standard regarding our heavenly citizenship. In God’s Word we can see that we are to exercise our citizenship by walking out on the truths of the seven Church Epistles, claiming all the rights and privileges we have been given through the accomplished work of Jesus Christ. Let’s see what the Church Epistles have to say about our citizenship.

The Word declares that we are citizens of heaven

Colossians 1:12 and 13:
Giving thanks unto the Father, which hath made us meet to be partakers of the inheritance of the saints in light:
Who hath delivered [rescued] us from the power of darkness, and hath translated us into the kingdom of his dear Son.
We have been delivered, or rescued, from the exercised power of darkness. God drew us and rescued us out from among the exercised influences of Satan. Now, to realize that we have been rescued from the power of darkness would, in and of itself, certainly be wonderful. But God in His grace went beyond this. In addition to rescuing us, God has also given us citizenship in His kingdom.
In The Bible Tells Me So, we can read a literal translation according to usage of Colossians 1:13: “Who hath rescued us out from among the exercise or operative influence of darkness (kingdom) and separated us, bringing us as citizens into His kingdom by the work of His dear Son.” Because of the accomplishments of Jesus Christ, we are citizens of heaven. We also see this truth of our heavenly citizenship in the Book of Philippians.
Philippians 3:20:
For our conversation is in heaven; from whence also we look for the Saviour, the Lord Jesus Christ.
Today, when we think of the word “conversation,” we may think of conversing or talking with someone. However, the word translated “conversation” in verse 20 is the Greek word politeuma, which means “citizenship.”
The root of politeuma is the Greek word polis, which means “city.” Cities in Biblical times were surrounded by walls that were for the protection of the people inside. The walls policed the city. These walls were not designed to keep the free people enclosed, but to keep the enemy out. The word polis is used in the Book of Acts regarding Philippi, which was both a city and a colony of Rome.
Acts 16:12:
And from thence to Philippi, which is the chief city [polis] of that part of Macedonia, and a colony: and we were in that city abiding certain days.
Another word related to the Greek word polis is politēs. A free citizen in a city was called a politēs. For example, Paul was a citizen of Tarsus.
Acts 21:39:
But Paul said, I am a man which am a Jew [Judean] of Tarsus, a city in Cilicia, a citizen [politēs] of no mean city [polis]⁠….
The Word declares that as sons of God our citizenship, our free life, is in heaven; and we look forward as Abraham did to a city “whose builder and maker is God.”
Hebrews 11:9 and 10:
By faith [believing] he [Abraham] sojourned in the land of promise, as in a strange country, dwelling in tabernacles with Isaac and Jacob, the heirs with him of the same promise:
For he [Abraham] looked [already] for a city [polis] which hath foundations, whose builder and maker is God.
Spiritually as citizens of heaven, God has seated us in the heavenlies.
Ephesians 2:4-6:
But God, who is rich in mercy, for his great love wherewith he loved us,
Even when we were dead in sins, hath quickened us together with Christ, (by grace ye are saved;)
And hath raised us up together, and made us sit together in heavenly places in Christ Jesus.
The challenges we face can look small and unimposing when we view them from the position where God has placed us spiritually. God has quickened us, raised us up, and made us sit together in heavenly places. Because He did this for us, our spiritual perspective as citizens can be truly one of “looking down.” I vividly remember visiting New York City with my family and enjoying the view from the top of the Empire State Building. As I looked down from the observation deck, which was over 1,200 feet above ground, all the other buildings and streets below looked small and unimposing. As high a view as that was, it certainly does not compare to the spiritual view and perspective of life that we can have as ones who are seated in the heavenlies!…

This is an excerpt from the July/August 2007 issue of The Way Magazine.
Copyright© 2007 by The Way International. All rights reserved.
For more information on subscribing to The Way Magazine, Click Here