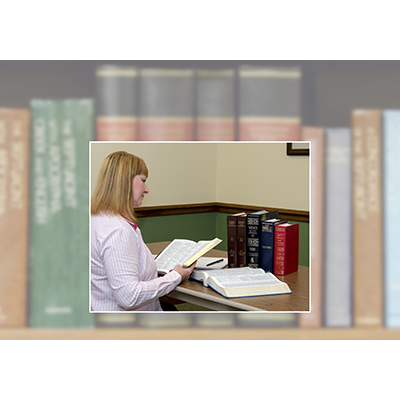 It is an adventure to discover the will of God by studying the Word of God. I am thankful to The Way International for teaching me how to use Biblical research principles to make my Bible study time effective and exciting. One way I enjoy using these principles is to do a word study. I have found that developing an understanding of one word in the Bible can help me comprehend truths in a verse or in its context or even about an entire subject in the Bible.
Here is an explanation of a word study from the Biblical Studies class on Practical Keys to Biblical Research:

In a word study, we find all the places that a particular Greek, Hebrew, or Aramaic word occurs in the Bible. We look up those verses to see how that word is utilized in its verse and in its context. Detailed meanings of words (sometimes lost in the English translations) are preserved in these ancient languages.

Gaining an understanding of the Hebrew, Aramaic, or Greek origins of a translated English word helps us get closer to God’s original intent.
As an example of a single word study, let’s examine the word “precious” in the Bible. We will need to use a concordance in order to look up the Hebrew, Aramaic, or Greek words translated “precious.” A concordance is an alphabetical index of the principal words in a text—in this case, the Bible—with their immediate contexts. By looking up “precious” in Young’s Analytical Concordance to the Bible, we see that the English word “precious” has been translated from several Hebrew and Greek words. In fact, more than a dozen words in Hebrew or Greek are translated as “precious” in English! So where do we go from here? At this point in a word study, it can be beneficial to narrow the study to just one of these words.
Looking up “precious” in Young’s concordance, we can see that one Hebrew word—yaqar—is translated “precious” more often than any other Hebrew word. Young’s defines this word as “rare, precious.”
Let’s see more about the Biblical definition of yaqar. If we look up “precious” in Strong’s Exhaustive Concordance of the Bible, we notice that the first occurrence of yaqar is in I Samuel 3:1 and that it has the Strong’s reference number 3368 assigned to it. In the back of Strong’s concordance is a Hebrew dictionary, indexed numerically. Number 3368, yaqar, means “valuable.” The definition is in italics. Following the definition are some words in regular type. These are other words in the King James Version that were translated from the Hebrew word yaqar, including “brightness,” “clear,” “costly,” and “excellent.”
The Theological Wordbook of the Old Testament, which has its own unique numbering system, defines yaqar (905a) as “precious.” It further adds that “an object is considered precious or valuable either because of its intrinsic worth or its rarity.”
With this background, we can now look up some of the occurrences, or uses, of yaqar in the Old Testament to see some of its usages, or variations in meaning. This is one of the fun parts of doing a word study. In Practical Keys to Biblical Research we learn that “a word can have more than one meaning, or there may be variations in the meaning of the word in different contexts. Tracking down these meanings is the main focus in doing a word study, but there is much more to be discovered. Truths and concepts associated with the word being studied come to light as we work through its occurrences in the Bible.” As we look at some of the occurrences of yaqar in the Old Testament, we’ll see seven things that God’s Word notes as precious.

“The Word of the Lord was precious.”
I Samuel 3:1:
And the child Samuel ministered unto the Lord before Eli. And the word of the Lord was precious [yaqar] in those days; there was no open vision.
The phrases “the word of the Lord was precious” and “there was no open vision” corroborate each other in telling us that the Word of the Lord—God’s will by revelation to man—was scarce. From the immediate context, we can see that Young’s definition of “rare” fits well here as the meaning of “precious” (or, yaqar) in this verse.
Why was the Word of the Lord rare? By reading the context, we find out about Eli and the behavior of his wicked sons. Eli was Israel’s judge at the time and the high priest at the tabernacle in Shiloh.
I Samuel 3:13:
For I [the Lord] have told him [Eli] that I will judge his house for ever for the iniquity which he knoweth; because his sons made themselves vile, and he restrained them not.
There was no open vision, or very little instruction for God’s people, at the time. Therefore, God’s will became “precious,” or made rare, by man’s disobedience and lack of believing….