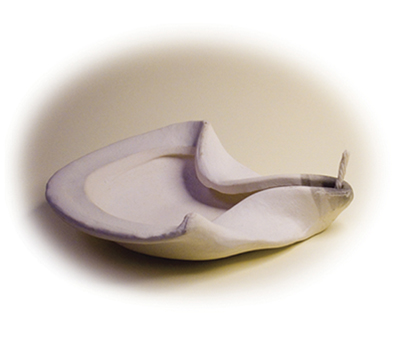 In the Bible there are many references to the Eastern lamp and the significance of its light. The lamp in Bible times was a main source of light for the Easterner, and in the home it was kept burning continually. Understanding manners and customs regarding the Eastern lamp helps the Scriptures become clearer to us.
The virtuous woman of Proverbs 31 provides an example of one who protects her home and family by burning her lamp day and night.
Proverbs 31:18 [The Amplified Bible]:
She tastes and sees that her gain from work [with and for God] is good; her lamp goes not out, but it burns on continually through the night [of trouble, privation, or sorrow, warning away fear, doubt, and distrust].
For practicality, most people of Bible times liked to leave their lamps burning day and night. The homes were dark with very small windows or no windows at all, so the lamp was a main source of illumination. There was a fear of thieves at night, and the light of an oil lamp could discourage a potential thief. If there was no light, then it was certain that no one was home. Also, darkness was considered a sign of desolation to an Easterner; light was a sign of gladness.
In early Bible times, to give more light in the house, the family often made a niche in the wall for a shelf up high so that the lamp would shine in the whole house. By Jesus’ day, lampstands were in common use in homes.
Matthew 5:15:
Neither do men light a candle [lamp], and put it under a bushel, but on a candlestick [lampstand]; and it giveth light unto all that are in the house.
Many sources agree that candles were not known in Bible times. The word “candle” in Matthew 5:15 is more literally translated “lamp” or “light.” The oldest, most common Eastern lamp was like a saucer made of clay. The Encyclopedia of Bible Life tells us it was “pinched at one spot to receive a wick and curled at its sides to hold the oil.” Archaeological excavations have discovered that imaginative shapes were popular among lamp makers, such as a lady’s foot, a duck, and the hedgehog lamp found at Ur, the ancestral home of Abraham (dated around 3000 B.C.). One of the oldest lamps excavated has a long spout and no handles.
In Old Testament times lampstands were not used in most homes, but they were used in well-equipped homes, and in the tabernacle and the Temple. In Side Lights on the Bible, by Mrs. Brightwen, we read, “The seven-branched candlestick in the Tabernacle was in reality a golden stand, supporting on each of its branches a lamp containing a wick, which was fed by pure olive-oil.” They used only the very best oil for these lamps.
Exodus 27:20:
And thou shalt command the children of Israel, that they bring thee pure oil olive beaten for the light, to cause the lamp to burn always.
Only pure beaten olive oil was used in the lamps for worship because it could be relied upon to burn continually.
The lamp and the light symbolize a number of things. The symbol of the burning lamp represents the presence of God.
II Samuel 22:29:
For thou art my lamp, O Lord: and the Lord will lighten my darkness.
The burning lamp was also a symbol of understanding, guidance, and life.
In II Kings the Shunammite woman and her husband were blessed by the Prophet Elisha, and they wanted to do something to bless him. They made him a chamber and set a lamp in it for him.
II Kings 4:10:
Let us make a little chamber, I pray thee, on the wall; and let us set for him [Elisha] there a bed, and a table, and a stool, and a candlestick [lampstand]: and it shall be, when he cometh to us, that he shall turn in thither.
It is likely that the lamp was always burning, according to the custom, and as such would have served as a welcome for Elisha.
Jesus spoke of John the Baptist as “a burning and a shining light” in John 5:35. The Amplified Bible reflects the accuracy of “light” in this verse as “lamp.”
John 5:33 and 35 [The Amplified Bible]:
You yourselves have sent [an inquiry] to John and he has been a witness to the truth.
John was the lamp that kept on burning and shining [to show you the way], and you were willing for a while to delight (sun) yourselves in his light.
Two of Jesus’ parables involved lamps. One was about the woman and the lost coin.
Luke 15:8 and 9:
Either what woman having ten pieces of silver, if she lose one piece, doth not light a candle [lamp], and sweep the house, and seek diligently till she find it?
And when she hath found it, she calleth her friends and her neighbours together, saying, Rejoice with me; for I have found the piece which I had lost.
The lamp is a very important aspect in this parable. It was needed to look into the dark corners of the house. This coin was a part of the ten pieces of silver, the most precious gift given to the bride by the bridegroom, which she wore in her hair only on very special occasions. She was diligent in her search, and she found it with the light of her lamp….

This is an excerpt from the July/August 2006 issue of The Way Magazine.
Copyright© 2006 by The Way International. All rights reserved.
For more information on subscribing to The Way Magazine, Click Here