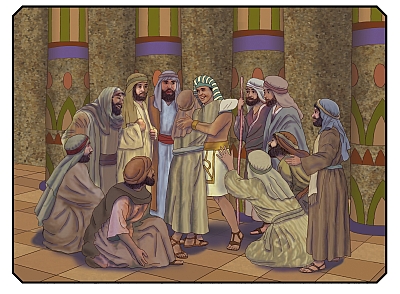 I had just finished taking our ministry’s Foundational Class for the first time. I truly desired to continue growing in my knowledge and application of the Word of God that I learned in this class, and I did not want to fail at this wonderful new endeavor. I wondered if there was a key that ensured my success. So I asked my Class coordinator, “What can I do to guarantee my success at doing the Word?”
This Way Corps minister looked at me, smiled, and simply said, “Steve, just be faithful, and there’s no way you can go wrong.” My first reaction was that it couldn’t be that simple. But as I have grown in God’s Word over these past thirty-three years, I have come to realize that he really did hit the nail on the head! As I have continued faithfully doing God’s Word, I have absolutely succeeded. God is faithful to His Word, and He never fails. Therefore, when we are faithful to do His Word, He is faithful to perform it. He does not allow us to fail but causes us to prosper. That is why the faithful cannot fail.
In the Book of Genesis, Joseph is a brilliant example of an Old Testament believer who was faithful to God. He endured circumstances that perhaps few, if any of us, today will ever face. Throughout thirteen years of unjust slavery and imprisonment, Joseph was faithful to listen to God and apply His Word day after day—and God caused him to prosper at every turn. As we study his life, we’ll see the awe-inspiring results of faithfulness. Joseph received revelation from God when he was seventeen years of age, and in a remarkable series of events this revelation finally came to pass twenty-two years later. By his faithful stand, Joseph made a lasting impact upon all posterity. His life powerfully illustrates that if you are faithful, you cannot fail.
Joseph was faithful to believe and speak God’s Word, even at the young age of seventeen. Let’s begin our study of his life in Genesis 37.
Genesis 37:1-3:
And Jacob dwelt in the land wherein his father was a stranger, in the land of Canaan.
These are the generations of Jacob. Joseph, being seventeen years old, was feeding the flock with his brethren; and the lad was with the sons of Bilhah [Rachel’s handmaid], and with the sons of Zilpah [Leah’s handmaid], his father’s wives: and Joseph brought unto his father their evil report.
Now Israel [referring to Jacob] loved Joseph more than all his children, because he was the son of his old age: and he made him a coat of many colours.
Usually in the Eastern culture, a father would choose his eldest son to be his heir. Reuben was Jacob’s eldest son; however, Jacob chose his younger son Joseph in Reuben’s stead and indicated his favor of Joseph as his heir by giving him the “coat of many colours.” This coat was a garment given only to the man chosen as heir.
Verse 4:
And when his brethren saw that their father loved him more than all his brethren, they hated him, and could not speak peaceably unto him.
Joseph’s older brothers intensely disliked him. They were jealous of Joseph because their father, Jacob, had given him the robe of heirship, choosing their younger brother as his heir.
Verse 5:
And Joseph dreamed a dream, and he told it his brethren: and they hated him yet the more.
Before the law was given to Moses, men and women of the Patriarchal Administration, like Joseph, adhered to unwritten laws and precepts of life. At this time, one way God would reveal His Word and will was to place His spirit upon them for a special mission at a special time. This was the case with Joseph: God spoke to Joseph by way of His spirit upon him, revealing His Word to him in a dream, or vision, of future events. Because Joseph was faithful to believe and speak God’s Word, he declared this dream to his brothers.
Verses 6 and 7:
And he said unto them, Hear, I pray you, this dream which I have dreamed:
For, behold, we were binding sheaves in the field, and, lo, my sheaf arose, and also stood upright; and, behold, your sheaves stood round about, and made obeisance to my sheaf.
“Made obeisance” is translated from the Hebrew word shachah, meaning “to bow down, to prostrate oneself, as a testimony of respect and reverence.” In his dream, Joseph saw the sheaves of his older brothers bowing down to his in respect and reverence.
Verse 8:
And his brethren said to him, Shalt thou indeed reign over us? or shalt thou indeed have dominion over us? And they hated him yet the more for his dreams, and for his words.
Joseph’s brothers intensely disliked him even more because of the words he spoke to them. These words were revealed to Joseph by God. They were God’s Word, and Joseph was faithful to speak them. So, in essence, his brothers were not meek to the Word of God. Then Joseph had a second dream….

This is an excerpt from the November/December 2009 issue of The Way Magazine.
Copyright© 2009 by The Way International. All rights reserved.
For more information on subscribing to The Way Magazine, Click Here