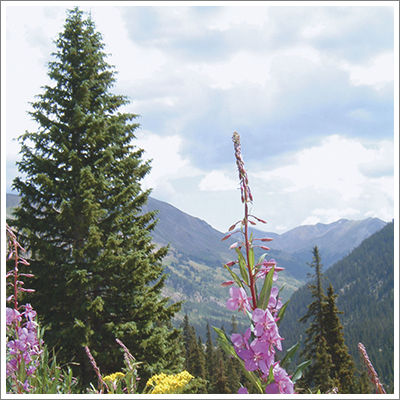 To consistently enjoy God’s abundance and see His power manifested in our daily lives, it is necessary for us to renew our minds to God’s rightly divided Word. Like great men and women in the Bible, we can trust the revealed Word of God as we focus our believing and make godly decisions. We could rely solely on natural knowledge, but this would limit our believing to the knowledge of the senses world and have the potential to trap us in fear or condemnation. Instead of relying on the senses world, we can choose the Word of God as our standard for right believing.
As disciplined believers, we learn to be consistent and faithful to believe the Word even under pressure, which we all face at times. How we deal with pressure and the temptation to fear is important. Let’s look at the examples of King David and the Apostle Paul, both of whom walked with a believing mind-set and achieved a life-style of abundance and power based on God’s Word.
David was a mighty warrior and military strategist, a valiant leader with great spiritual integrity, who was often faced with major pressures. As king over all Israel, David became powerful and influential in that part of the world. David prepared his heart to apply God’s Word in his sphere of influence, remaining steadfast on the precepts he knew and moving forward in his walk with God. In Psalms 57:7, David wrote, “My heart is fixed, O God, my heart is fixed: I will sing and give praise.” The Companion Bible notes that “fixed” means “steadfast.”
Even before David became king, he had to deal with adverse situations. For example, when the women of the cities of Israel came into the streets singing and dancing after the Philistines were defeated in battle, they attributed greater numbers of victories to David than to Saul.
I Samuel 18:7-9:
And the women answered one another as they played, and said, Saul hath slain his thousands, and David his ten thousands.
And Saul was very wroth, and the saying displeased him; and he said, They have ascribed unto David ten thousands, and to me they have ascribed but thousands: and what can he have more but the kingdom?
And Saul eyed David from that day and forward.
King Saul grew to extremely dislike David and sought to kill him because he believed that David was a threat to his authority and his throne. For many years King Saul pursued David, and throughout these difficult situations, David was not motivated by fear or revenge. He had opportunities to rid himself of King Saul’s adversarial advances against him, but he stayed focused on the will of God and allowed God to make a way for him to escape these attacks. Because of David’s steadfast believing, God protected him. David was a man after God’s own heart (I Samuel 13:14; Acts 13:22).
After David became king, many nations and individuals challenged his authority and tried to destroy the nation of Israel. But he stood firm and decisively triumphed over his opponents.
II Samuel 8:14 and 15:
And he put garrisons in Edom; throughout all Edom put he garrisons, and all they of Edom became David’s servants. And the Lord preserved David whithersoever he went.
And David reigned over all Israel; and David executed judgment and justice unto all his people.
David was loyal in his love toward God, His Word, and His people; and he was faithful to the principles and precepts of the Scriptures. This helped him to bring stability to the nation of Israel.
In the Book of Psalms we can see how much David loved and desired the Word of God.
Psalms 19:9 and 10:
…the judgments of the Lord are true and righteous altogether.
More to be desired are they than gold, yea, than much fine gold: sweeter also than honey and the honeycomb.
David raised the level of his believing up to God’s standard and was not ashamed of His Word or His other works. Whenever David chose to believe the truth rather than negative surroundings or circumstances, he prevailed in victory and saw God’s tremendous abundance and power manifested. He did not allow the words of the ungodly to take precedence over the Word of God in his thoughts.
Psalms 3:2,3,6,7:
Many there be which say of my soul, There is no help [salvation, deliverance] for him in God. Selah.
But thou, O Lord, art a shield for me [about me]; my glory, and the lifter up of mine head.
I will not be afraid of ten thousands of people, that have set themselves against me round about.
Arise, O Lord; save me, O my God: for thou hast smitten all mine enemies upon the cheek bone; thou hast broken the teeth of the ungodly [lawless].
Although many said that God would not deliver David, he knew that God was his defense and would protect him. From a five-senses viewpoint the circumstances may have been intimidating, but David chose to believe the words of his God, Who judged righteously.
Psalms 9:4:
For thou [God] hast maintained [completed, executed] my right and my cause [plea, judgment]; thou satest in the throne judging right [righteously].
David’s believing mind-set came from his decisions to trust the revealed Word of God above all else. In pressures of life that we face, we too can follow David’s example of steadfast believing….

This is an excerpt from the March/April 2004 issue of The Way Magazine.
Copyright© 2004 by The Way International. All rights reserved.
For more information on subscribing to The Way Magazine, Click Here