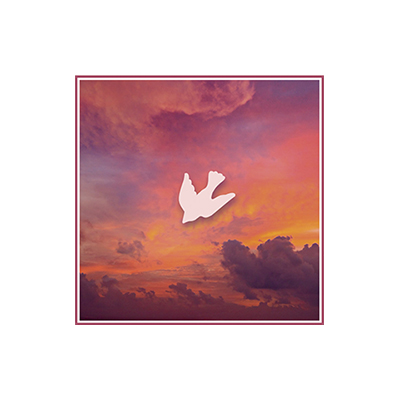 We are continuing on our quest to learn more about the love of God, searching out the characteristics of charity, agapē love, as listed in I Corinthians 13. So far we have seen that when we operate the manifestations of holy spirit in our service to God with the love of God in the renewed mind in manifestation, we profit. We have also seen what God’s love in manifestation looks like and what it does not look like by studying the first eight characteristics, or behaviors, of love as listed in I Corinthians 13:4-7. We now turn to the phrase “thinketh no evil.”
I Corinthians 13:4 and 5:
Charity [agapē, the love of God in the renewed mind in manifestation] suffereth long, and is kind; charity envieth not; charity vaunteth not itself, is not puffed up,
Doth not behave itself unseemly, seeketh not her own, is not easily provoked, thinketh no evil.
The love of God in the renewed mind in manifestation thinks no evil. To help us rightly divide what “thinketh no evil” means in this verse, let’s look closely at each word in the Greek.
The Greek word translated “thinketh” in the King James Version is logizomai, which means “to reckon, count, compute, calculate, count over,” according to Thayer’s Greek-English Lexicon of the New Testament. Specifically in this verse, Thayer’s notes the following about the usage of logizomai: “metaphorically, to pass to one’s account, to impute.” We see another occurrence of this word in the context of God counting Abraham’s believing for righteousness.
Romans 4:3:
For what saith the scripture? Abraham believed God, and it [the believing] was counted [logizomai] unto him for righteousness.
Abraham didn’t work for righteousness. He believed God, and God counted it to him, or reckoned it unto him, for righteousness. His believing was set to his account for righteousness.
In a literal sense, logizomai relates to the human action of counting, logging, or recording, as an accountant does in bookkeeping. The accountant records both debits and credits and then sums up the entries in order to balance the account. To describe the figurative use of logizomai in I Corinthians 13:5, one writer offers this observation: “Life is one big ledger, with our minds and hearts recording and reacting to all the debits and credits, positives and negatives, pluses and minuses, which we encounter day by day….Love…does not count up the evil done to it with a view to settling the account. Love does not enter offenses into a notebook for future revenge.”
Conybeare and Howson’s The Life and Epistles of St. Paul gives a literal reading of the phrase “thinketh no evil” in I Corinthians 13:5 as, “does not reckon the evil [against the evil doer].” And Vine’s Expository Dictionary of New Testament Words notes the following: “…love does not reckon up or calculatingly consider the evil done to it….” God is showing us that when we put on the mind of Christ and love with God’s divine love, then we do not set evil to another’s account. As a matter of fact, the word “no” is the Greek word ou, which is an absolute negative—we absolutely do not reckon up the evil done to us.
But how does this fit with the whole Word of God? Are we to ignore evil? Do we excuse it? What about discerning evil? To fully understand this characteristic of the love of God as phrased in the King James Version, we need to look at the word translated “evil” in this verse. It is translated from the Greek word kakos, and its usage in I Corinthians 13:5 can be understood to mean that which is morally or ethically evil, whether of persons, qualities, emotions, passions, or deeds.
We see this word used in a conversation regarding Saul, who later became the Apostle Paul.
Acts 9:13 and 14:
Then Ananias answered, Lord, I have heard by many of this man [referring to Saul], how much evil [kakos] he hath done to thy saints at Jerusalem:
And here he hath authority from the chief priests to bind all that call on thy name.
Ananias was responding to the revelation he was given to go “inquire in the house of Judas for one called Saul, of Tarsus…” (Acts 9:11). He needed some confirmation about this, for it was this Saul who had done so much evil to the saints at Jerusalem. Here’s the response he received, as recorded in verses 15 and 16:
But the Lord said unto him, Go thy way: for he is a chosen vessel unto me, to bear my name before the Gentiles, and kings, and the children of Israel:
For I will shew him how great things he must suffer for my name’s sake.
Despite the evil deeds that Saul had done to the saints (as recorded in Acts 26:9-11), here he was, born again and awaiting God’s will to be revealed to him (Acts 9:6). He had changed. The directive to Ananias was to “Go thy way: for he [Saul] is a chosen vessel unto me….” Ananias chose to walk in love and not log that evil against Saul. He obeyed the revelation and went his way, reaching out to Saul with God’s divine love to bring him wholeness and further deliverance. When a believer chooses to love as God loves, refusing to count up the evil another person has done, they can have a powerful godly effect on that other person’s life as God directs….

This is an excerpt from the March/April 2017 issue of The Way Magazine.
Copyright© 2017 by The Way International. All rights reserved.
For more information on subscribing to The Way Magazine, Click Here