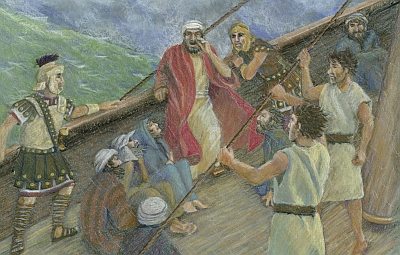 When our children were in elementary school, I volunteered with several mothers to help out with a project. While we were all working together, some of the mothers began to complain about certain teachers and different things they didn’t like about the school. More mothers began to join in, and what started off as a lovely morning was turning into a full-on complaining session. I decided to try changing the direction of the conversation with some positive words.
I shared with them what my daughter had told me just the day before. She said she loved being in her teacher’s class—not only this, but she wanted him to be her teacher for the rest of her life! My speaking these few words after their many complaints got their attention. I explained how my daughter’s teacher would get the children completely involved in learning by using game techniques. I told them that one day I was walking by his classroom, and his class was buzzing and roaring with excitement. It was obvious that the children enjoyed these techniques, and they were also excelling in math and English.
After hearing my comments, one mother began to say something positive about her child’s teacher. Then more joined in, saying something positive they liked about the teachers and the school. I learned that just one person speaking positive words can turn negative circumstances around. This incident to this day reminds me of the powerful impact our lives can have on others by the words we speak.
Our words do have a great impact in life, especially when we speak with the authority of God’s Word. God’s Word declares that life and death are in the power of the tongue.
Proverbs 18:21:
Death and life are in the power of the tongue: and they that love it shall eat the fruit thereof.
If we want to positively impact others with God’s Word, which is the Word of Life, there is a recipe for success we can follow. We can (1) control our thinking, (2) control our tongue, and (3) take action on God’s Word. When we put God’s Word in our heart and then speak it forth, we can turn a negative circumstance into a positive one. We are going to look at three examples in God’s Word of those who prevailed by the Word of God that they spoke. When these believers followed these three steps, they saw great victory in their lives. The Word of God is powerful, and when we think it, speak it, and take action upon it, we see solutions and positive outcomes in our lives.
The first example that we will look at is the Shunammite woman, an influential woman who believed God in her day and time. The Shunammite woman and her husband faithfully showed hospitality toward the Prophet Elisha by having a room ready for him in their home whenever he needed to stay. Elisha asked his servant Gehazi if he knew what could be done in return to bless them. Gehazi told Elisha that the Shunammite woman and her husband did not have any children. The Shunammite woman received a promise of God spoken by Elisha that she would have a son.
II Kings 4:16 and 17:
And he [Elisha] said, About this season, according to the time of life, thou [the Shunammite woman] shalt embrace a son. And she said, Nay, my lord, thou man of God, do not lie unto thine handmaid.
And the woman conceived, and bare a son at that season that Elisha had said unto her, according to the time of life.
She conceived and bore a son as she believed the promise. But when the child was grown, one day her son became sick and then died.
II Kings 4:18-20:
And when the child was grown, it fell on a day, that he went out to his father to the reapers.
And he said unto his father, My head, my head. And he said to a lad, Carry him to his mother.
And when he had taken him, and brought him to his mother, he sat on her knees till noon, and then died.
The Shunammite woman knew that God had promised her a son. She had this reality in her life, and she refused to let go of it. She kept her thoughts focused, and she refused to fear.
II Kings 4:22 and 23:
And she called unto her husband, and said, Send me, I pray thee, one of the young men, and one of the asses, that I may run to the man of God, and come again.
And he said, Wherefore wilt thou go to him to day? it is neither new moon, nor sabbath. And she said, It shall be well.
The Shunammite woman controlled her tongue and spoke forth words of deliverance: “It shall be well.” She refused to entertain the thought that her son would not have deliverance. She took believing action in carrying her son to Elisha’s bed in their home, and then she went straight to Mount Carmel, where Elisha was at that time….

This is an excerpt from the March/April 2011 issue of The Way Magazine.
Copyright© 2011 by The Way International. All rights reserved.
For more information on subscribing to The Way Magazine, Click Here