Home » Articles » Workmen of the Word » The Scripture Interprets Itself:
In the Verse—Scripture Build-up, or Narrative Development 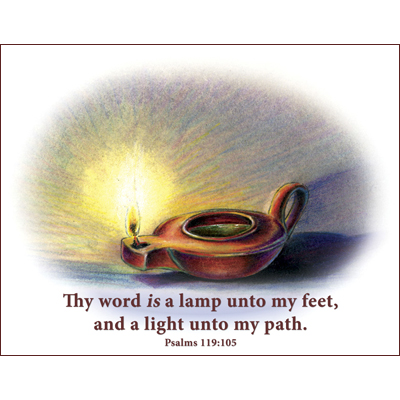 One of the ways the Scripture interprets itself in the verse is by way of scripture build-up, or narrative development. One scripture may not tell all the details regarding a section of scripture. Scripture build-up means that several passages of scripture on an identical incident or subject may augment the information given in each other. Each passage of scripture relating to the same incident may not give the same details, but the scriptures must complement and agree with each other.
We will examine three of the components that need to be considered regarding scripture build-up: (1) an identical event recorded in different passages of the Bible may have different, but complementary, details; (2) similar events are not identical; and (3) an account in the Word of God may give the gist, or essence, rather than the exact words that were spoken.
I think of scripture build-up in terms of how a top-notch lawyer works to build a winning case. He or she may work days, months, and even years to verify the truths or facts gathered from many different witnesses concerning a case. These witnesses may have varied backgrounds and vocabularies. To the end that the statements of these different witnesses cohere, complement, and agree, that lawyer can build a strong case, a winning case. However, if the witnesses’ statements disagree or contradict each other, then the lawyer and client will have trouble proving their case!
The Word of God has many different writers who used their own vocabulary, but it has only one Author, God. Every truth in God’s Word was recorded as He desired it to be. The Word says in II Peter 1:21, “For the prophecy came not in old time by the will of man: but holy men of God spake as they were moved by the Holy Ghost [by holy spirit].” God told these “holy men” what to write, and they wrote using their vocabulary and understanding. This is how identical situations or events recorded in the Word of God may have different, but complementary, details. They will augment, not contradict, each other.
There are many examples of scripture build-up in the Gospels. One example is the record of Simon of Cyrene. When Jesus was being taken to the place of crucifixion, Simon was the man who was pulled out of the crowd of onlookers by the Roman soldiers and forced to carry Jesus’ cross.
Matthew 27:32:
And as they [the soldiers of the governor] came out [of the judgment hall], they found a man of Cyrene, Simon by name: him they compelled to bear his cross.
As the group emerged from the judgment hall, they found a man at the entrance and “him they compelled to bear his [Jesus’] cross.” There is no indication in this record in Matthew that Jesus even touched the wooden cross until they nailed him to it at Calvary. Let’s see a complementary record in the Gospel of Mark.
Mark 15:21:
And they [the soldiers] compel one Simon a Cyrenian, who passed by, coming out of the country, the father of Alexander and Rufus, to bear his [Jesus’] cross.
The Gospel of Mark gives us more detail about the man Simon, including where he came from and his children’s names. The Gospel of Luke gives us further complementary details about this identical situation.
Luke 23:26:
And as they led him away, they laid hold upon one Simon, a Cyrenian, coming out of the country, and on him they laid the cross, that he might bear it after Jesus.
As they led Jesus away, right there outside the judgment hall’s doorway was Simon. On him, not Jesus, was laid the cross. We have seen this record of Simon of Cyrene carrying the cross on which Jesus was executed from three different writers of God’s Word—Matthew, Mark, and Luke. Each of these men wrote what God wanted them to write because they were “moved by the Holy Ghost [by holy spirit].”
Now let’s consider the Gospel of John, which was also written by a man who was moved by holy spirit, yet it states that “he [Jesus] bearing his cross went forth.”
John 19:17:
And he [Jesus] bearing his cross went forth into a place called the place of a skull, which is called in the Hebrew Golgotha.
This is the same point in time in all four Gospels, yet the information in John appears to be contradictory. The answer to this apparent contradiction is that the Gospels of Matthew, Mark, and Luke record the physical action, while John records the spiritual action. The cross Jesus bore was not physical. John 1:29 states, “…Behold the Lamb of God, which taketh away the sin of the world.” Jesus Christ carried the sins of the world, figuratively referred to as a cross here in John 19. There is no contradiction with the previous records in Matthew, Mark, or Luke. The cross that Jesus bore was the “sin of the world,” while Simon of Cyrene carried the actual wooden stake….

This is an excerpt from the September/October 2005 issue of The Way Magazine.
Copyright© 2005 by The Way International. All rights reserved.
For more information on subscribing to The Way Magazine, Click Here