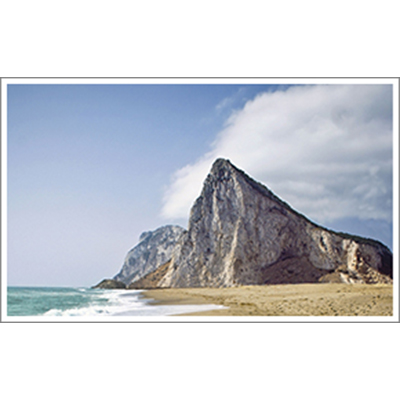 You can see the desire for stability all around. Race drivers want a stable car or motorcycle to carry them over the racecourse to victory. Rocket scientists want a stable rocket that will fly straight toward its destination rather than an unstable one that spins in the air and crashes to the ground. Sailors want a nice, stable wind and a good, stable boat in which to sail those winds. Nearly everyone wants a stable mind, a stable personality, a stable marriage, stable finances, a stable economy, society, country, world—a stable life. There is just no getting around it—stability is important to people. What are the characteristics of this stability we want, and how do we achieve stability in our lives?
Our first stop will be our handy concordance to see where we can find “stability” in the Bible. As it turns out, there is only one verse, Isaiah 33:6, where the word “stability” shows up in the King James Version.
Isaiah 33:5 and 6:
The Lord is exalted; for he dwelleth on high: he hath filled Zion with judgment and righteousness.
And wisdom and knowledge shall be the stability of thy times, and strength of salvation: the fear [respect] of the Lord is his treasure.
Here in Isaiah 33:6, the Hebrew word translated “stability” is emunah. This is a Hebrew noun defined as firmness, fidelity, steadfastness, steadiness.
The best way to get a feel for the attributes of this Hebrew word (the way God uses it!) is to check out its other uses throughout the Bible—do a word study on it. This word study will show us attributes of the Hebrew word that are derived or inferred from verses containing emunah. These attributes will give us a fuller understanding of “stability” as it is used in Isaiah 33:6.
Before we get started, be assured that if you have a Young’s or Strong’s concordance, you have the tools you need to follow along with this word study. If you do not have a concordance, just follow along here, and you might get inspired to pick one up to add to your Biblical research tools bookshelf.
Let’s look at the first use, or occurrence, of this Hebrew word. In our ministry’s Foundational Class we learn that the first occurrence of a word is an important one to check: in the first use of a word, expression, or idea, the explanation is usually complete enough to carry through in all other references in the Bible. This word emunah first occurs in Exodus 17:12, where it is translated as “steady.”
Exodus 17:12:
But Moses’ hands were heavy; and they took a stone, and put it under him, and he sat thereon; and Aaron and Hur stayed up his hands, the one on the one side, and the other on the other side; and his hands were steady [emunah] until the going down of the sun.
In this record, Moses was on a hill overlooking a battle between Israel and Amalek (verse 9). When Moses would hold up his hand with his staff, the “rod of God,” Israel would prevail in the battle, but when Moses would lower his hand, Amalek would start to win (verse 11). Eventually, when Moses got tired, Aaron and Hur helped Moses by sitting him on a rock and helping to hold up his hands.
Try a couple of experiments with me. Hold up both your hands for about a minute. Go ahead, I’ll wait right here for you…. Did they start to feel a little tired, a little heavy, start wobbling about some? Now try the same thing from the top of a hill in the sun with a battle raging below with the additional weight of a staff in your hands, and do it all day long. A little more intense, huh? Now, try this. Book a flight on the space shuttle. Once you reach zero gravity, repeat the experiment. Whoa, what a difference! You could hold up your hands for the entire flight with no problem.
Notice that verse 12 contrasts Moses’ hands being “steady” with his hands being “heavy.” What made them heavy? Well, what made the difference between your earthbound experiment and your space shuttle experiment? (Actually I gave away the answer in the previous paragraph.) How about gravity—that outside force that after a while feels like it is pressing down on your hands? In the case of Moses, however, gravity did not go away. Instead, Aaron and Hur provided extra support, extra resistance to that outside force that was causing his heavy hands to wobble and drop down.
That is the first attribute of our word emunah that we want to note. It includes a resilience and resistance to outside forces that would otherwise cause something to wobble about and become unsteady, unstable. The force does not go away, just as gravity did not go away for Moses, but it has no effect and can’t cause that wobbling about. That stability makes something resistant to those outside forces….

This is an excerpt from the March/April 2009 issue of The Way Magazine.
Copyright© 2009 by The Way International. All rights reserved.
For more information on subscribing to The Way Magazine, Click Here