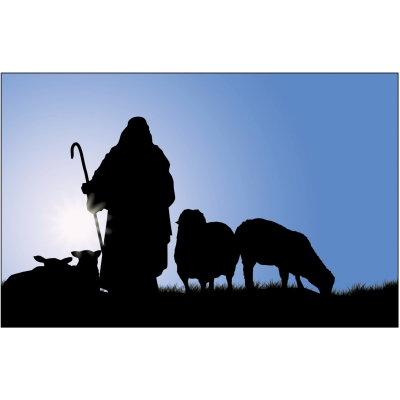 How important is undershepherding? Without it, my understanding of God’s Word would not be where it is today. My sister began to undershepherd me in my teenage years, when I was convinced that I belonged to the one and only true religion. I had grown up going to church every Sunday, had taken religion classes in high school, had prayed every day, and had even read the Bible, but most of what I believed was not based on the accuracy of God’s Word. My sister knew this, having just taken in spring the Foundational Class that The Way Ministry offered.
Summer came, I graduated from high school, and my family took a vacation across the country. My sister, sitting next to me during a bus ride, posed a thought-provoking question: “Did you know that Jesus Christ had brothers and sisters?” I looked at her. Never in my whole life had I even considered it. “Where did you get that information?” I wanted to know. “It’s right there in the Bible,” she said. That summer, my sister consistently and lovingly taught me truths from the Word she had just learned. This eventually led me to realize how little I knew, and in early fall I took the Foundational Class my sister had taken to learn these truths for myself.
How important is undershepherding? It is essential to help believers grow in the Word and be strong in the Lord. In the Grace Administration, mature believers are to raise up newer believers in God’s Word; and in The Way Ministry, the word “undershepherding” describes this process. The loving care needed to develop believers in Christ can be likened to how a shepherd tends his sheep.
What can we discover from the Word of God regarding undershepherding? We’ll see that God Himself demonstrates the true heart of a shepherd, providing principles in His Word regarding undershepherding. God knew that people without a shepherd could be led astray, and thus God established the foundation of undershepherding.
Learning by doctrine and example from his heavenly Father, Jesus Christ became the “chief Shepherd” (I Peter 5:4). In the Gospels we’ll see how he would guide and care for his disciples according to his knowledge of the Old Testament scriptures and his loving relationship with his Father. Jesus, who is also referred to in the Word as the “good shepherd” and the “great shepherd,” perfectly lived the principles of shepherding. Today, we too can live the principles of shepherding others. We can undershepherd the Word’s way.
First, let’s look at the heart of a shepherd exemplified by God Himself. The name Jehovah is used in certain Old Testament scriptures that refer to God as a shepherd. This name signifies the intimate relationship that God has with His people. It is the name by which God’s people could call upon Him as they would call upon a dear and close friend. As Jehovah, God desired to have a loving relationship with Israel, His people. In Ezekiel 34, He likened them to sheep that were scattered, needing a shepherd. He wanted to gather them safely together so that He could lovingly care for them by feeding, strengthening, and protecting them, just as a shepherd would his sheep.
Ezekiel 34:11 and 12:
For thus saith the Lord God [Jehovah]; Behold, I, even I, will both search my sheep, and seek them out.
As a shepherd seeketh out his flock in the day that he is among his sheep that are scattered; so will I seek out my sheep, and will deliver them out of all places where they have been scattered in the cloudy and dark day.
The word “search” in verse 11 is the Hebrew word darash, meaning to seek with care. With care, God searches for those who have a genuine heart’s desire to know and love Him. He seeks them out, as a shepherd seeks out his flock.
In the East, shepherds specifically know their own sheep, and the sheep know their shepherd. The bond between shepherds and their sheep is evidenced when their flocks are grazing together. Hundreds or even thousands of sheep can be mixed together in the grazing field, but when a shepherd calls for his sheep, they recognize their shepherd’s voice, and they separate from the other flocks to follow their shepherd. So, too, would God seek out and call His people to gather and deliver them.
Ezekiel 34:13-16:
And I will bring them out from the people, and gather them from the countries, and will bring them to their own land, and feed them upon the mountains of Israel by the rivers, and in all the inhabited places of the country.
I will feed them in a good pasture, and upon the high mountains of Israel shall their fold be: there shall they lie in a good fold, and in a fat pasture shall they feed upon the mountains of Israel.
I will feed my flock, and I will cause them to lie down, saith the Lord God [Jehovah].
I will seek that which was lost, and bring again that which was driven away, and will bind up that which was broken, and will strengthen that which was sick….
The word “seek” in verse 16 is the Hebrew word baqash, meaning to seek with care and attention, with the desire of obtaining. God desired to seek His people with care and attention to feed them, to bind up their wounds, and to strengthen and protect them. We clearly see the safety and abundance that God desired to bring His people to….

This is an excerpt from the May/June 2012 issue of The Way Magazine.
Copyright© 2012 by The Way International. All rights reserved.
For more information on subscribing to The Way Magazine, Click Here