Home » Articles » Born Again of God’s Spirit » We Have Access! 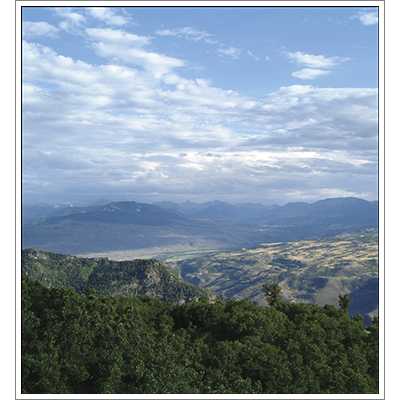 In our highly technical world, I find that computers provide many more resources than most of us will ever completely know how to access and utilize. Sometimes I take on the challenge of learning a new feature or program and go exploring outside my “comfort zone.” I get excited breaking new ground and discovering new vistas, and just when I’m about to try something new, suddenly “access denied” appears on my screen. Becoming frustrated and then trying to retrace my steps to find a way back into the program, I see once again that access is denied. However, there is an avenue in life to which we are never denied access. As believers we always have access to God and can freely explore His limitless resources.
There was a time when man had lost his access to God. With the first sin of mankind, sin and its consequences were upon man. Satan received the legal right to rule over man and obtained absolute control over all that God had originally given to Adam. Adam and Eve no longer had their spiritual connection with God.
Romans 5:19:
For as by one man’s [Adam’s] disobedience many were made sinners, so by the obedience of one [Jesus Christ] shall many be made righteous.
The spiritual state we were in before we were born again is not something we would brag about. Ephesians 2:11-18 tells us what that state was, and it explains the direct access we as born-again believers now have to God because of the accomplishments of Jesus Christ.
Ephesians 2:11-18:
Wherefore remember, that ye being in time past Gentiles in the flesh, who are called Uncircumcision by that which is called the Circumcision in the flesh made by hands;
That at that time ye were without Christ, being aliens from the commonwealth of Israel, and strangers from the covenants of promise, having no hope, and without God in the world:
But now in Christ Jesus ye who sometimes were far off are made nigh by the blood of Christ.
For he is our peace, who hath made both one, and hath broken down the middle wall of partition between us;
Having abolished in his flesh the enmity, even the law of commandments contained in ordinances; for to make in himself of twain one new man, so making peace;
And that he might reconcile both unto God in one body by the cross, having slain the enmity thereby:
And came and preached peace to you which were afar off, and to them that were nigh.
For through him we both have access by one Spirit unto the Father.
I want this article to help us better understand and appreciate that spiritually we need never experience “access denied” from God. We have access to God as our Father because of the accomplishments of Jesus Christ. I believe our appreciation for God and His Son, our lord and savior, will increase as we consider the following: two physical aspects of the Temple in Jerusalem relating to our access to God; Jesus Christ, the means to complete reconciliation and access to God; and the benefits of his accomplishments and what we can do with our access today.
Let’s first look at the Temple, and specifically at both the veil and the middle wall of partition, each of which separated different sections of the Temple. The Temple was a physical building in Jerusalem built by Solomon. Jesus referred to it as his Father’s house (John 2:16). It was symbolic of where God dwelled, and until Pentecost it was the place where He was worshiped and where sacrifices were offered to Him.

The Veil
In the Temple was a veil, a very heavy linen curtain embroidered with spun gold. This veil separated the children of Israel from the Holy of Holies, the part of the Temple which represented the presence of God. The Bible doesn’t tell us the size of the veil, but by reviewing ancient rabbinical writings we can get some approximations. For example, the Mishnah, which is a compilation of Jewish oral tradition, tells us that if the veil needed to be cleansed, or purified, it took three hundred priests to immerse it! That shows it was a heavy veil.
Jesus Christ Our Passover by Victor Paul Wierwille, our ministry’s Founding President, gives us more insight regarding the veil.

…This veil formed the entrance to the Holy of Holies, the most sacred and the innermost part of the Temple. The Holy of Holies represented the presence of God with Israel. Only once a year could anyone enter it, and that was on the Day of Atonement when the high priest alone, after a period of cleansing, would enter into it through the veil. Only he could enter into God’s presence. There he, as the representative of Israel, would intercede with God for Israel. For this reason the veil represented the separation between God and Israel….

Sin separates man from God.
Isaiah 59:2:
But your iniquities have separated between you and your God, and your sins have hid his face from you, that he will not hear.
But again, God provided a way for man to become one with Him by putting away man’s sin once a year on the Day of Atonement. However, God had a greater plan in mind than only the high priest having access to His presence. His plan would involve much more than a yearly visit. God’s plan was His only begotten Son, Jesus Christ….

This is an excerpt from the March/April 2005 issue of The Way Magazine.
Copyright© 2005 by The Way International. All rights reserved.
For more information on subscribing to The Way Magazine, Click Here