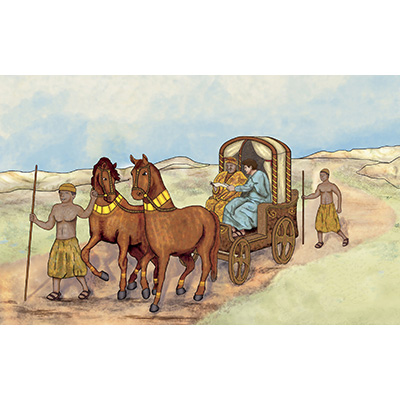 When I was searching for wholeness in my life, someone spoke God’s Word to me, and I attended a Way Ministry fellowship. I enjoyed what was taught, but what really caught my attention was the power of God at work in the lives of the people. In the fellowship, I heard speaking in tongues, interpretation of tongues, and prophecy operated decently and in order. These worship manifestations immediately got my attention. I became very curious about this fellowship!
So I continued to attend fellowship meetings, and one day I saw healing ministered to a woman with a painful back problem. The believer who prayed for the woman told her to do what was impossible for her. He said, “Touch your toes.” She touched her toes, and when she did, she knew she was healed! Tears flowed from her eyes.
While everyone was rejoicing over the healing, I immediately left the meeting, ran home, got my checkbook, and ran back to register for the Foundational Class. These people knew something about God that I just had to know! I made a commitment to learn more. The speaking in tongues, interpretation of tongues, prophecy, and healing got my attention. These powerful manifestations confirmed for me where to learn the Word of God and find the wholeness I was seeking. The believers in the fellowship were witnesses to me by speaking the Word and by walking with great love, believing, and especially with power.
Manifesting God’s power was something Jesus Christ told his followers about before his ascension.
Acts 1:8:
But ye shall receive [into manifestation] power, after that the Holy Ghost [holy spirit] is come upon you: and ye shall be witnesses unto me both in Jerusalem, and in all Judaea, and in Samaria, and unto the uttermost part of the earth.
Jesus Christ told his apostles that they would receive into manifestation the power of the gift of holy spirit. Then they were to be witnesses unto him. Once they were born again of God’s spirit and manifesting His power, they would be witnesses of Jesus Christ in Jerusalem, in all Judea, in Samaria, and unto the uttermost part of the earth.
Those born again of God’s spirit and filled with the power of the holy spirit are to be witnesses of the Lord Jesus Christ. With God’s power at work in their lives, sons of God provide a beautiful testimony of God’s goodness and abundance.
God’s power attracts the attention of others and opens doors of utterance to make known His Word. In Acts 3, we see this with the apostles Peter and John.
Acts 3:1-11:
Now Peter and John went up together into the temple at the hour of prayer, being the ninth hour.
And a certain man lame from his mother’s womb was carried, whom they laid daily at the gate of the temple which is called Beautiful, to ask alms of them that entered into the temple;
Who seeing Peter and John about to go into the temple asked an alms.
And Peter, fastening his eyes upon him with John, said, Look on us.
And he gave heed unto them, expecting to receive something of them.
Then Peter said, Silver and gold have I none; but such as I have give I thee: In the name of Jesus Christ of Nazareth rise up and walk.
And he took him by the right hand, and lifted him up: and immediately his feet and ancle bones received strength.
And he leaping up stood, and walked, and entered with them into the temple, walking, and leaping, and praising God.
And all the people saw him walking and praising God:
And they knew that it was he which sat for alms at the Beautiful gate of the temple: and they were filled with wonder and amazement at that which had happened unto him.
And as the lame man which was healed held Peter and John, all the people ran together unto them in the porch that is called Solomon’s, greatly wondering.
Peter and John’s healing of the lame man attracted the attention of the people. God’s power in operation opened a door of utterance for Peter to speak God’s Word.
Verse 12:
And when Peter saw it, he answered unto the people, Ye men of Israel, why marvel ye at this? or why look ye so earnestly on us, as though by our own power or holiness we had made this man to walk?
When Peter saw all the people running toward them in Solomon’s porch, greatly wondering, he took the opportunity to speak God’s Word—to give witness of Jesus Christ. He went on to powerfully preach the resurrected Christ. Later, he and John were questioned by the religious authorities and asked, “By what power, or by what name, have ye done this?” What a wonderful open door this was for Peter to walk through and further preach Christ! And God got the glory.
Acts 4:21:
…for all men glorified God for that which was done.
As sons of God filled with the power of the holy spirit, we are witnesses. The Greek word for “witness” in Acts 1:8 can refer to someone who can verify or prove to be true what he himself has seen or heard or knows by any other means. Speaking in tongues is proof in the senses realm that we are born again of God’s spirit. We could not operate any of the nine manifestations without first having the spirit of God within us. Thus, when we speak God’s Word, we can speak with confidence and boldness because we have proven these realities to be true in our lives….

This is an excerpt from the September/October 2008 issue of The Way Magazine.
Copyright© 2008 by The Way International. All rights reserved.
For more information on subscribing to The Way Magazine, Click Here